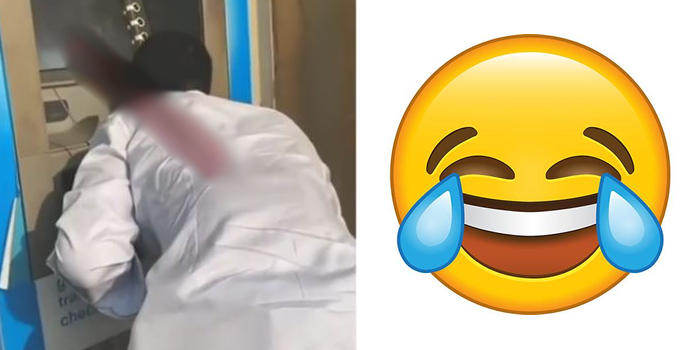 A video is making rounds online for very funny reason. In the viral video, a man was seen trying to retrieve his swallowed ATM card with a broomstick.

The incident reportedly happened in Edo State capital, Benin. In the viral video, the man is clearly frustrated and desperate to get his ATM card, hence, his use of broomstick to  get his card out of the ATM machine.

While he tried, other people around encouraged him to carry on in mockery as they filmed him with their phone cameras. He was seen putting all his efforts in making sure that he removed his ATM card as they encouraged and mocked him.