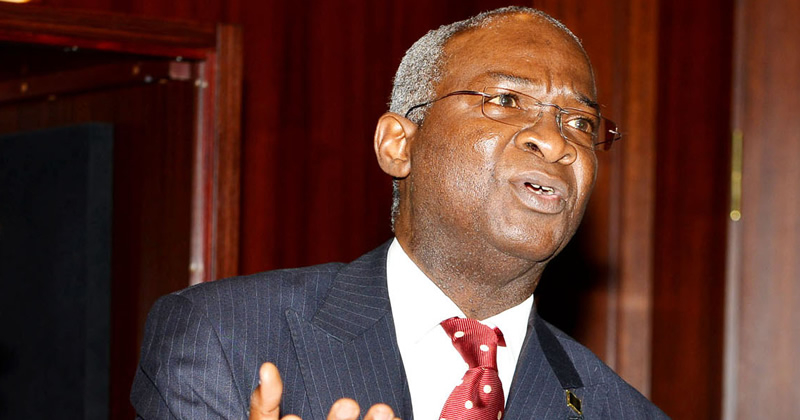 Babatunde Fashola, the minister of works and housing has put more limelight into recent viral reports of impersonation that he was defrauded of the sum of N3.1 million by a Yahoo Boy identified as Malik Wakili.

WITHIN NIGERIA had earlier reported that A Nigerian identified as Malik Wakili has been arraigned by the Economic and Financial Crimes Commission (EFCC) on Monday before a Federal High Court in Lagos for allegedly impersonating the Minister of Works and Housing, Mr. Babatunde Fashola (SAN) and defrauding the minister to the tune of N3.1 million.

In a statement issued by his spokesman, Hakeem Bello, the minister of works and housing disclosed that he neither knew nor transacted any business with the suspect that involved or would have led to his being swindled, explained that the amount being mentioned was the worth of Air Miles which the suspect derived from fraudulently hacking into his internet account and creating a false identity which he, among other benefits, used to buy  first class tickets to various parts of the world.

“Having persistently hacked into the accounts for over a period of six years, the suspect was tracked by the Minister until enough evidence was gathered which was then passed on to the security agencies,”.

Malik Wakili was arrested by the Economic and Financial Crimes Commission, EFCC, for pulling an internet scam against Fashola.

The middle aged man, who allegedly impersonated Fashola to steal N3,106,216 was arraigned before a Federal high court in Lagos. Wakili was alleged to have conspired with one Abdullahi Umar, who is at large, “to fraudulently impersonate Mr Babatunde Raji Fashola, with intent to gain monetary advantage for themselves”.

He was alleged to have converted the total sum of N3,106,216, being the value of the Air-miles Skywards Account Number EK248739282 of the minister with the Emirate Airline.

The offence alleged to have been committed by the defendant is contrary to sections 15(2)(a) and 27(1)(b) of the Money Laundering (Prohibition) Act and punishable under sections 15(3) and 22(3)(a) of the same Act. He pleaded not guilty to the three counts.

VIDEO: 'This is for my wife and kids' - Kizz Daniel builds new mansion on the seaside, announces new single

Why we burned N194bn worth of cocaine - FG

VIDEO: 'You must arrest me' – Man confronts bank staff after N180k mysteriously disappeared from his account

"This reminds me of..." - Jnr Pope reacts as spiritualists storm police station for arresting their drummers