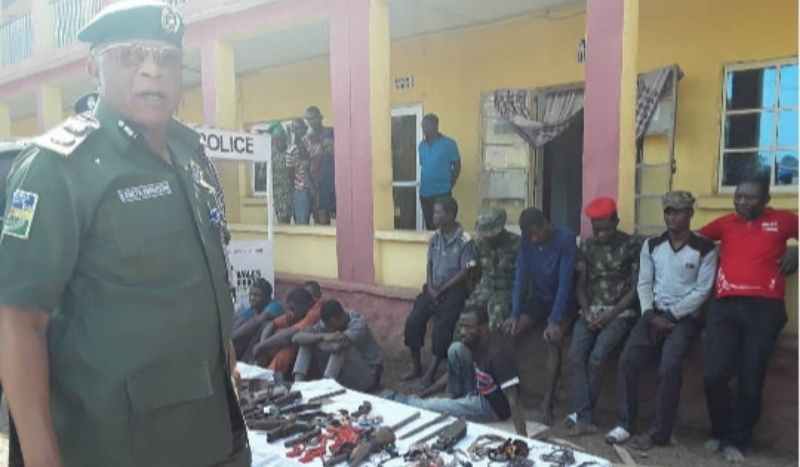 Operatives of the Inspector General of Police Special Tactical Squad (IGP – STS) attached to the Ogun State Police Command have arrested a dismissed soldier and members of his gang in Ibadan, the capital of Oyo state.

The suspects were arrested in Ibadan by the police on their way to rob a bank in Ekiti State.

The gang which allegedly specializes in robbing filling stations, banks, university hostels, were intercepted at New Gbagi Market, along the Ibadan-Ife expressway in Ibadan where their vehicle was flagged down for a search.

Confessing to the crime, Bamgboye said that he was recruited to lead the bank attack after being assurred that the bank manager and six other employees of the bank will work for the success of the robbery operation.