You are hurting my fiance – Davido, denies going on vacation with his first baby mama

Singer Davido has denied going on vacation with the mother of his first child, Sophia, days after he was captured on camera with his babymama and his daughter inside his  private jet,  on  their way to Ghana

The singer has released a statement to deny the vacation rumours. According to Davido, he only gave Sophia a ride in his private jet because of his daughter, Imade and because they both had engagements in Ghana at the same time.

He further pleaded with Bloggers to stop spreading lies about him as  such rumours affects  his fiance  Chioma and  disrespects her family members. 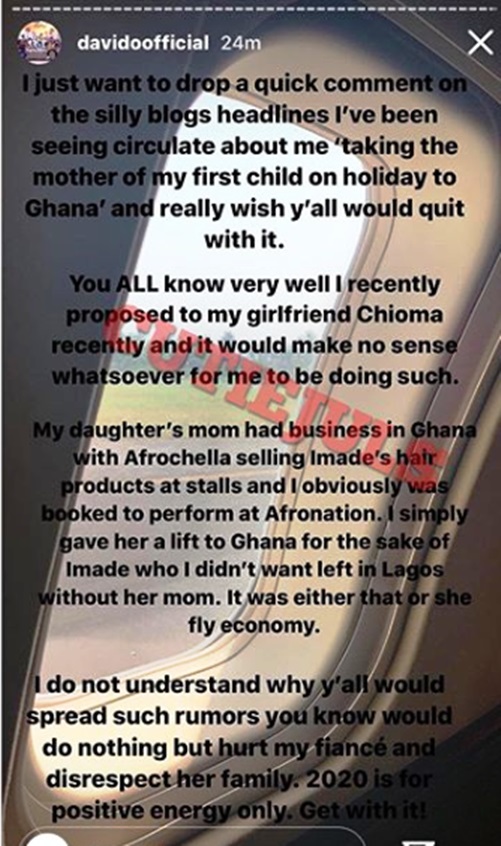