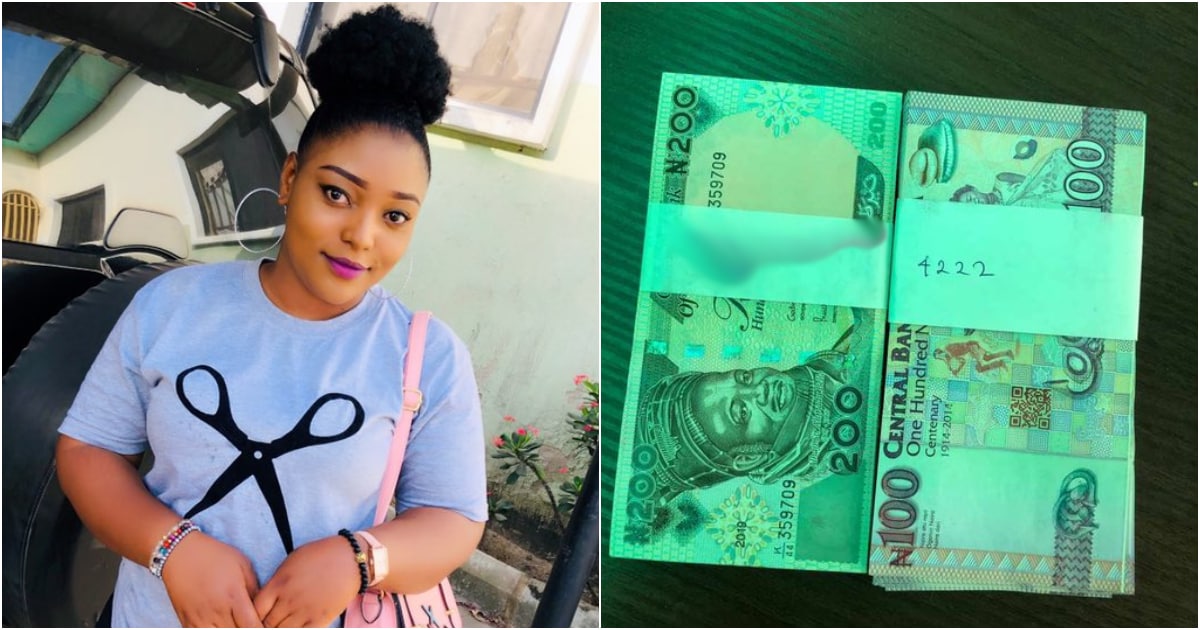 A Twitter user with the handle @preetyani has taken to the micro-blogging platform to narrate how she got a man’s number on N30,000 mint notes. The lady shared the story via her Twitter page.

The young lady explained that she attended a bachelors party and a man asked for her number but she declined.

@preetyani shared a photo to show off the money and the number. From the photo, it could be seen that the man gave her his number on two bundles of cash.

One bundle had N200 notes and the other had N100 notes. To keep the man’s number private, she blurred the numbers written on the N200 bundle and left the remaining 4 on N100 notes.

Man narrates how he slept with his blood sister multiple times, says it is ok to…