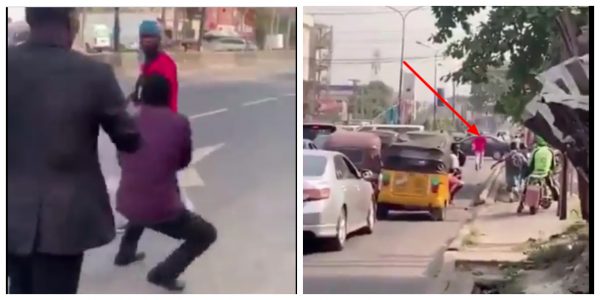 After 17 years of staying away from motherland, controversial rapper Speed Darlington who has been in Nigeria for barely a month has been on the net from one drama or the other.

In a recent turn of event, the speedometer artiste has been captured in a video earlier today in Lagos fighting with a bike man, he allegedly refused to pay after boarding the bike.

According to reports, the singer had taken the bike from Ikeja to Lekki, but asked the bike man to stop in Yaba so he could pick something up.

It is not actually clear what led to the fracas, but the rapper was seen running away from the scene after he was able to free himself from the grip of the bike man.