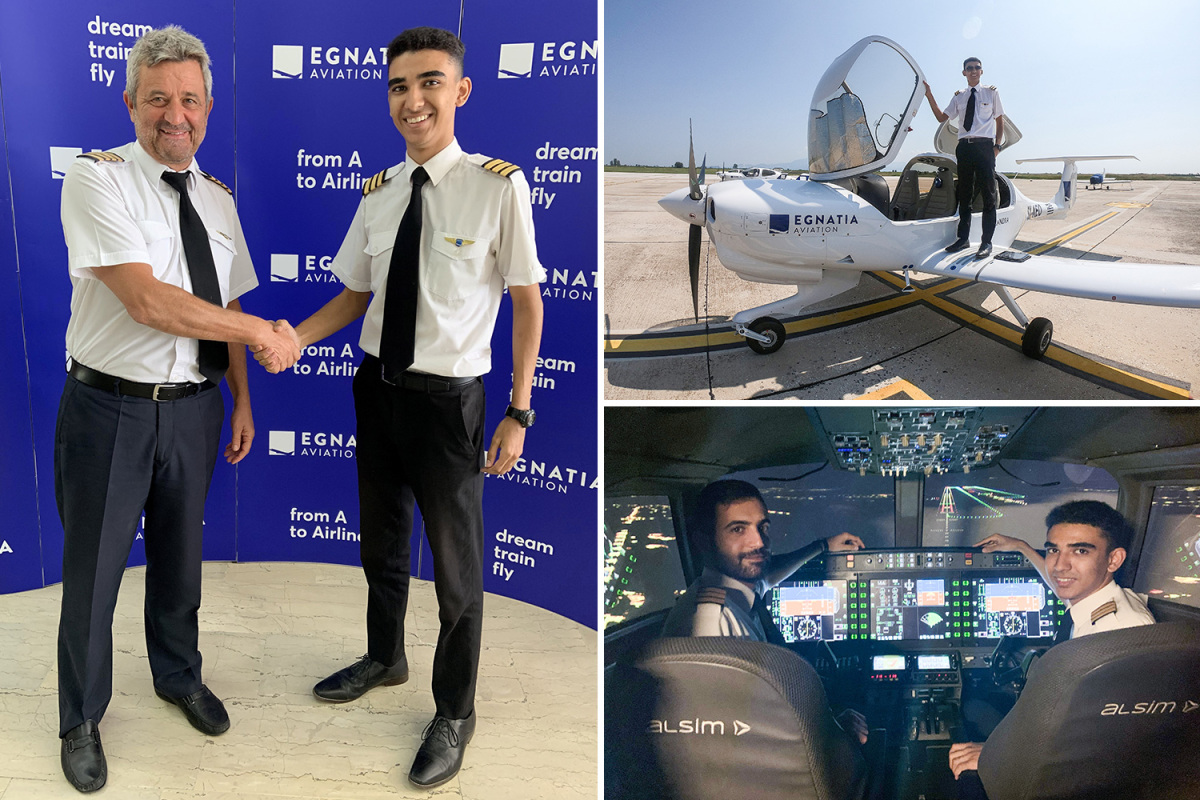 18-year-old Seth Van Beek has become the UK’s youngest qualified commercial pilot after his mum sold their family home to fund his dream.

Seth who was born in 2001 got his licence to fly passenger airliners after completing 18 months training on an £85,000 course.

He set his sights on being a pilot since the age of eight, and selfless single mum Frances, 42, sold their three-bed home to fund his studies.

The record was previously held by Luke Elsworth, who passed aged 19.

Seth had to move to Greece for the intensive £85,000 flight school course and is now looking for a job – and hopes to one day fly for British Airways.

“Flying has always been my dream. There was nothing else that I had ever wanted to do, and there is nothing I would contemplate doing.

“You don’t have a single epiphany where you realise that you want to be something or do something, it comes from experience.

“My mum was an avid traveller when she was younger, and when I was a boy she’d take us on holidays to see the world.

“I loved everything about flying – even the fact that a 300-tonne tube of metal can basically be shot up into the air and fly for up to 12 hours.

“As I grew up, my love became a passion, and I’m so grateful that the experience of training didn’t discourage me, like training can.

“People have to chase their dreams, and I’ve been so lucky, being able to make my dream my career because of my mum.”

In April 2018, having turned 17 on March 4, he then began 18 months’ training at the prestigious Mediterranean flight academy.

Though he could have trained in the UK, Seth said he chose to learn in Greece so he could break the record.