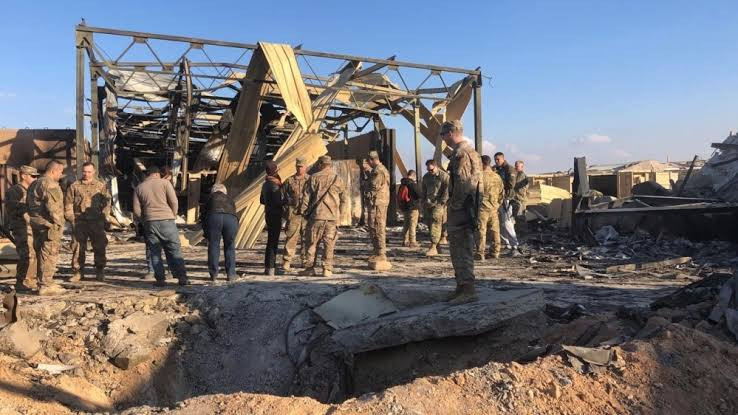 9 days after Trump’s denial, US Central Command admits 11 US soldiers were hurt in Iran missile strike

Following the denial of US President Donald Trump and the US military that they were no casualties after an Iranian missile attack on Iraqi air base on January 8 as a retaliation over the killing of its top military officer, Qaseem Soleimani, the US Central Command has admitted that it treated 11 of its troops for symptoms of concussion.

According to reports, oved 1500 US soldiers at the base were tucked away in bunkers, after advance warning from superiors before the attack.

While delivering his speech as a reaction to the strike on January 8, Trump stated that

“The American people should be extremely grateful and happy no Americans were harmed in last night’s attack by the Iranian regime. We suffered no casualties, all of our soldiers are safe, and only minimal damage was sustained at our military bases.”

Eight days after Trump’ speech, the spokesperson of US Central Command, Captain Bill Urban revealed that some American soldiers have been treated for concussion symptoms from the blast and are still being assessed.

He said; “While no US service members were killed in the Jan 8 Iranian attack on Al Asad air base, several were treated for concussion symptoms from the blast and are still being assessed.”

The statement further revealed that some service members were taken to US facilities in Germany or Kuwait for “follow-on screening”. It added;

“Out of an abundance of caution, service members were transported from Al Asad Air Base, Iraq to Landstuhl Regional Medical Center in Germany for follow-on screening. When deemed fit for duty, the service members are expected to return to Iraq following screening.”

The US Central Command spokesperson further revealed that eight soldiers were transported to Germany and three were sent to Camp Arifjan in Kuwait.

“As a standard procedure, all personnel in the vicinity of a blast are screened for traumatic brain injury, and if deemed appropriate are transported to a higher level of care.”