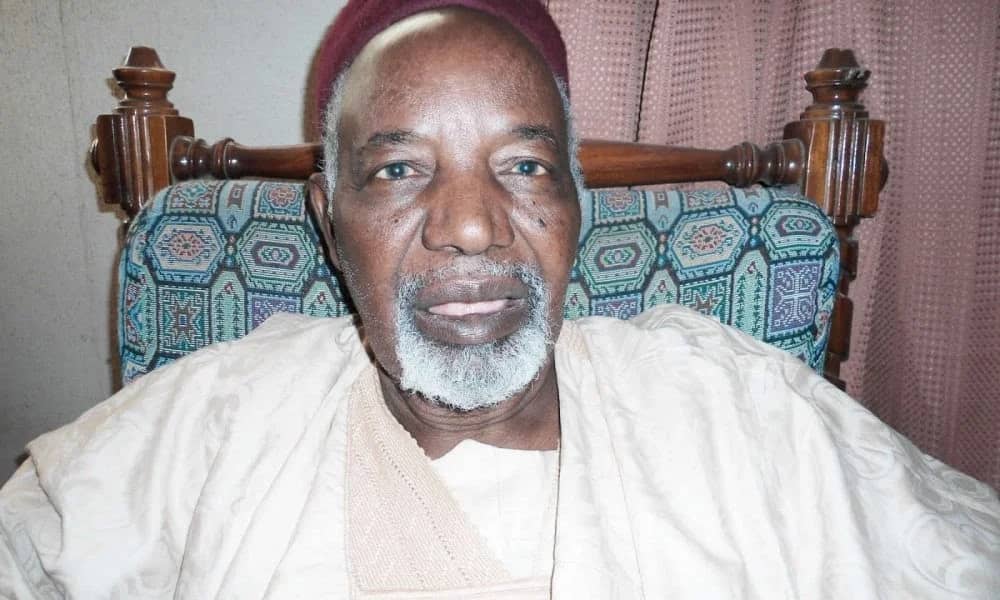 Following the establishment of regional security outfit, Operation Amotekun by southwest governors, a former governor of old Kaduna State, Balarabe Musa has alleged that leaders and governors of the Southwest region established Amotekun because they want to create Oduduwa Republic.

WITHIN NIGERIA had earlier reported that the regional security outfit, Amotekun was established by Southwest governors to curb the menace of herdsmen attacks and insecurity within the region.

Balarabe Musa made the above allegation while granting an interview with the Sun and warned that the President Muhammadu Buhari-led government must not allow the operation of such security network.

Balarabe further added that it falls out of the established laws of the country.

He warned that it was a ploy to secure Yoruba land and a prelude to the declaration of Oduduwa Republic.

The former Governor further said that some of the security components of the outfit like the OPC have records of recklessness in terms of securing the lives and property of non-Yoruba.

“First of all, taking into account what happened in the history of Nigeria, this Amotekun will lead to a declaration of Oduduwa Republic.

“Look at the composition of those who constitute the organization in addition to the six states governors.

“There is also the OPC, Afenifere, and others. So the fear is quite obvious. And this is in spite of the fact that this government is incompetent.

“So, why should this happen? Any correction in the set up of the country is possible if this alliance, which controls the government in the country can do its work.

The Minister of Justice and Attorney General of the Federation, Abubakar Malami had earlier declared Amotekun as illegal.

While reacting on the statement credited to the Minister of Justice and Attorney General of the Federation that Amotekun is illegal, Musa further added that, “Oh yes! It is illegal because it contravenes the provisions of the law in the constitution.

“And unfortunately for them in spite of the intellectual aura of the elite class in the Southwest, they couldn’t be articulate because they could have been articulate like the Kano State did in the case of Hisbah.

“Secondly, the governor of each state is the chief security officer of his state. So, if you combine this two and enact a law allowing for the formation of Amotekun, they would have gotten it right.

“But in spite of their articulation, they failed to do so, which means it must be deliberate that what they are concerned exactly is an Oduduwa State