MI Abaga reveals he has a crush on Rita Dominic

The artiste made the statement in reaction to a tweet from a fan who pointed out that he once had a crush on Rita Dominic. MI, replying the fan, corrected him by saying he still has a very huge crush on the actress.

Sharing a photo of Rita Dominic, the fan tweeted:

“@MI_Abaga once had a crush on this lady.”

“Now I guess I’m seeing why he was crushing! Baba you get eye ooo ”

“Once???? Something wey still de worry me” 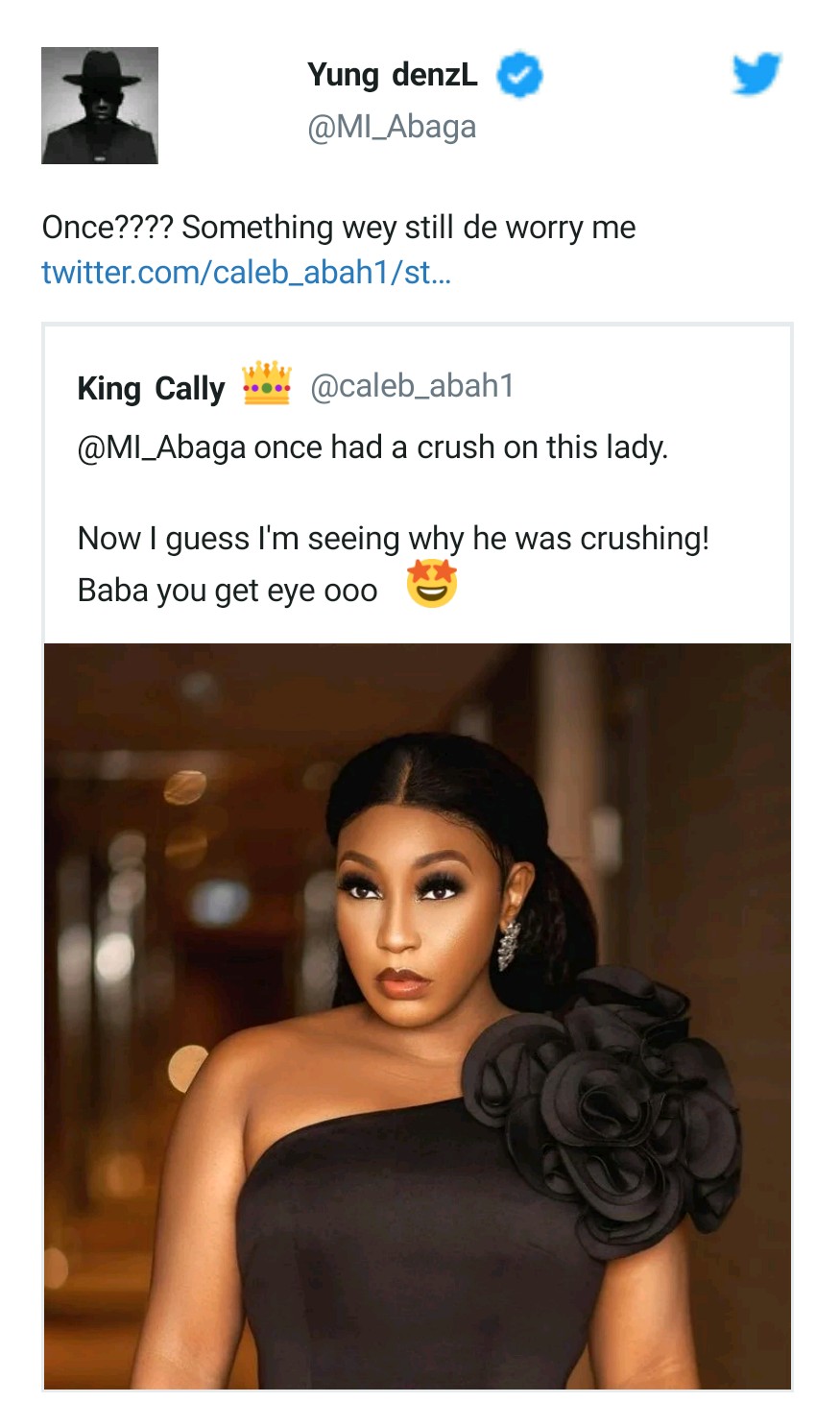 In other news,  M.I Abaga took to Twitter to lament, as he felt despised by most of his colleagues in the Entertainment industry.

Jaywon in his reaction pointed out that there is frustration everywhere in the country but noted that MI’s own is becoming more visible.

This did not go down well with MI, who took to his social media to ask his fans why he is being despised as he  needs to categorize how he feels in 2020.