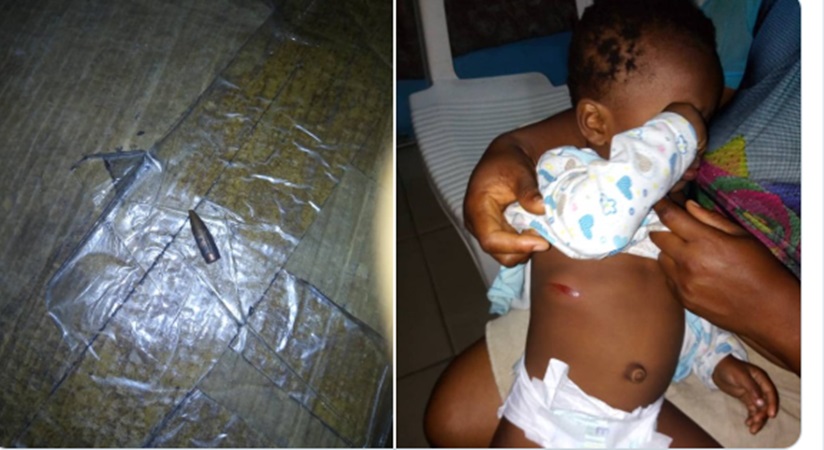 A baby was nearly killed after a stray bullet  allegedly fired by a police officer at Mkpogu community of Trans Amadi, Port Harcourt nearly killed a baby.

According to a Twitter user identified as @chiukwujioke, the victim of the stray bullet is his colleague’s daughter and the incident occurred yesterday February 6.

This shocking revelation had twitter users fuming with anger, people offered to help prosecute the officer at fault, but @chiukwujioke stated that the father of the child wasnt willing to press charges.

Read the tweets below;

Couple Fake Engagement To Get Free Drinks From Strangers