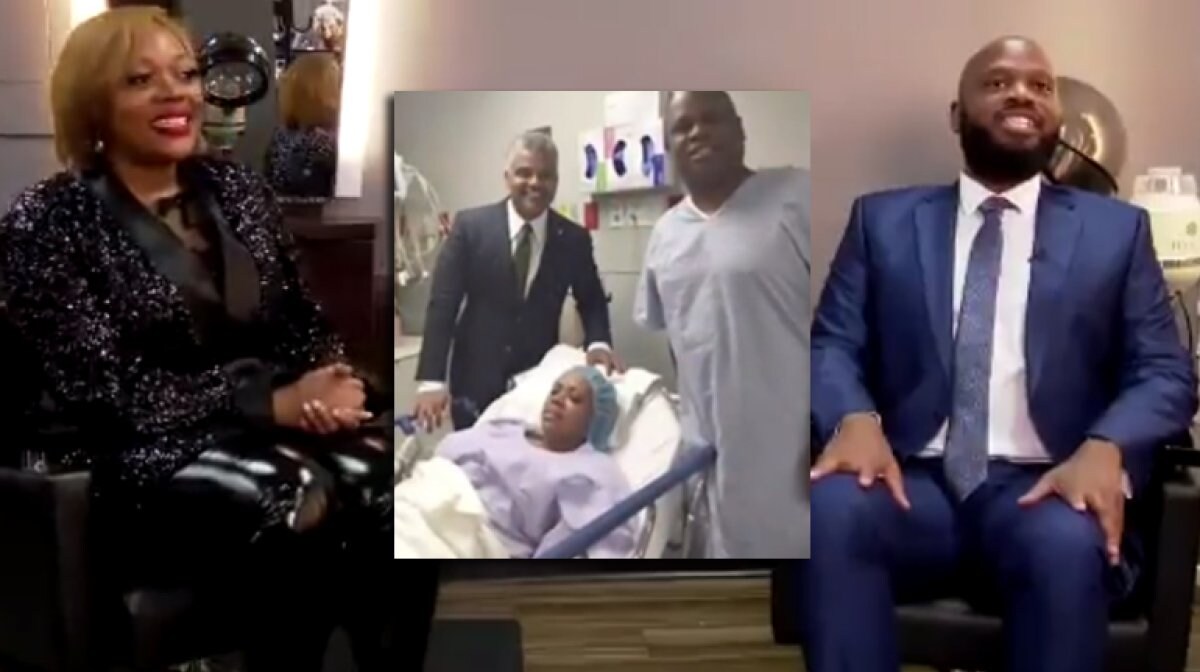 Organ transplants are very delicate process which could lead to death if there are complications during the surgical procedure. Often atimes, we hear of the  successful stories and barely follow up on the aftermath of the recovery journeys and all that follow.

Here we bring the story of one Chet Bennet, who took it upon himself to ensure the well-being of a donor who saved his life when his kidneys failed him.

Bennet had taken to his Facebook account in late 2018 to tell his friends how sick he was and that he was going through and needed a new kidney, as reported by CNN.

One of the employees at his beauty college, Acia Williams, was among the thousands who saw the post and willing to donate the much-needed kidney to save his life.

She assumed he would get the transplant right away following the overflow of willing donors, but when that did not happen, she said the spirit moved her to fill out the application.

According to her, God later, while she was ironing, spoke to her and told her that she would be the donor.

“God was in my spirit, just like, ‘You are his match, and you are going to donate your kidney to him,'” she said.

Williams went on with what she was doing, but later during the day, she received a message from a nurse, who told her that she was a match.

“Even though the Lord told her she was a match, that does not mean she had to do it, okay,” Bennett said.

She went through test after test to make sure she was healthy enough to be a donor before they finally had the transplant surgery on April 9, 2019.

Williams stayed at Bennett’s house during their recovery so his mother and sister could look after them and that was when the businessman decided to gift her the shop he owned.

“He was like ‘you need to hurry up and get ready, because I am going to give you this salon,'” Williams said.

According to William, Bennett was back on his feet and at work in September 2019, and had transferred the salon to her by mid-October 20019.

William has since been running her new business and getting ready for the grand opening on Monday, February 17, with the salon named A New Image By Acia.

Bennett had been going through dialysis for 14 months and Williams said she did not realize how hard it had been on him until she saw how healthy he looked after the surgery.

He said that he was grateful to be able to jog and walk his dogs again and so he gave her the shop to help show his appreciation.

“I can not begin to thank you enough for you giving me life, but we can start with you making your dream a reality by having your own salon,” he said.

This is a lovely way to pay a good deed.

BBNaija’s Tacha and Mercy shade each other over ‘reality show’