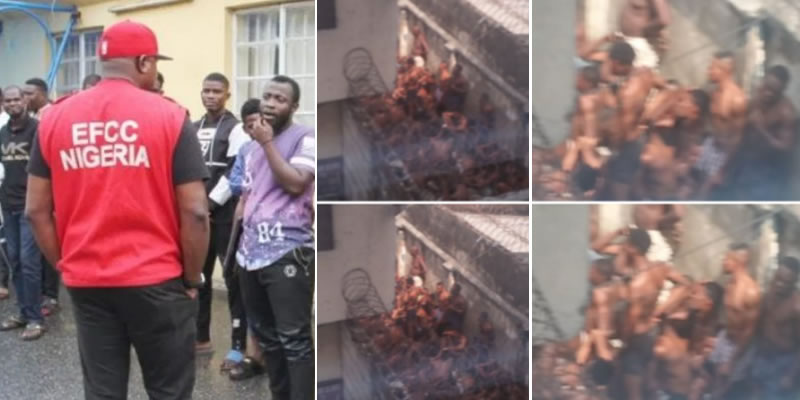 WITHIN NIGERIA had earlier reported that strange and heart-breaking photos showing spots where operatives of the Economical and Financial Crimes Commission (EFCC) allegedly detain suspected fraudsters in Port-Harcourt, the capital of Rivers state have surfaced online.

The heart-breaking photos were shared by Twitter user @TheRealDayne on Monday, February 10th and claimed that they were taken from the antigraft agency’s zonal office in Rivers state.

Reacting via its verified twitter handle, EFCC denied the claim and shared a photo of its Port Harcourt annex.

Inspite of the clarification of the anti-graft agency via his official Twitter page, Twitter users still insist that they need more information.

Some Twitter users demanded for the aerial photo of the commission’s Port Harcourt office.

Filmmaker, Tchidi Chikere asks God to avenge ‘evil people who attack him while he sleeps’

Man electrocuted while charging his phone in Rivers

COVID-19: Nigerian female herbalist claims she has anti-coronavirus plant in her garden