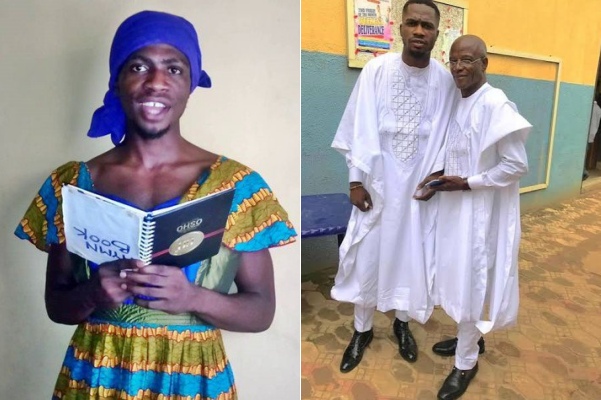 Sensational Instagram comedian, Josh2funny shared screenshot of a funny chat that transpired between him and his father.

In the shared screenshot, the overprotective dad told josh to be aware of who he allows to touch his head.

“Be conscious of your glory”, josh’s father alerted his son as he reacted to the photo of man placing his hands on his son’s head.

The comedian told his father that the hands are that of his barber but he was still not comfortable with it.
He replied josh “The way he’s doing it is suspicious.”

See the chat below; 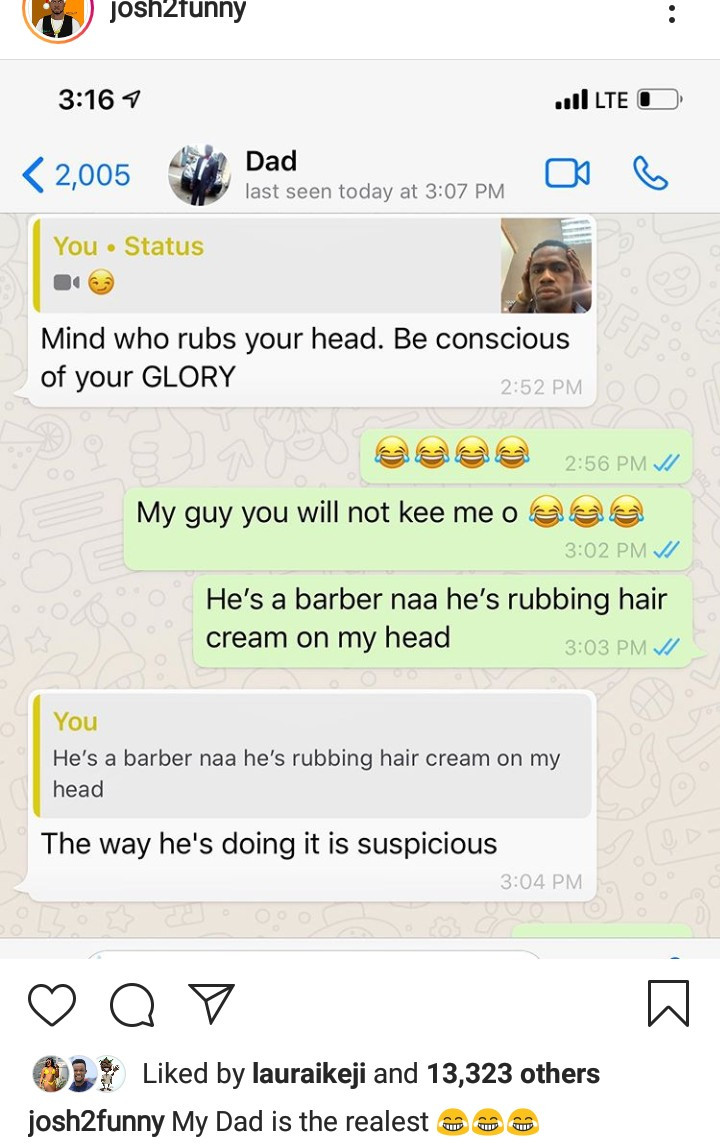 In other news, Josh2funny bought his friend a car, as reward for his loyalty. This is one special way to celebrate a good friend.

His friend krebbello️, was obviously surprised as he was handed the car gift by Josh2funny.