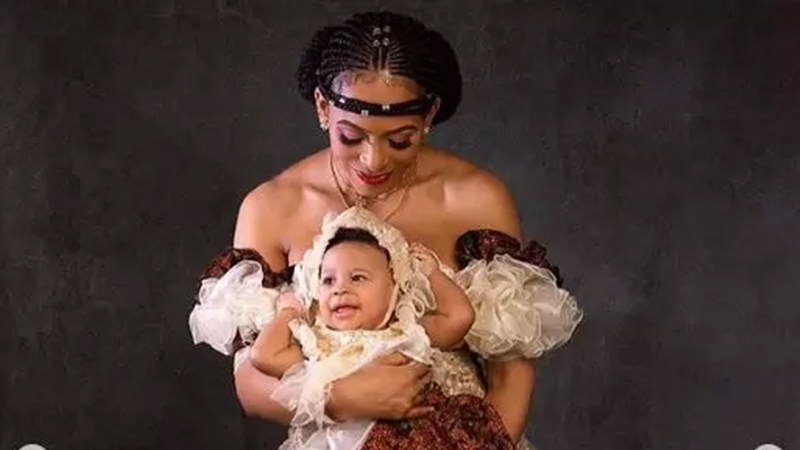 Reality star, TBoss has responded to haters who said her baby is ugly by sharing more photos of her daughter.

Tboss has probably moved past the trauma after the negative comments she received when she revealed her daughter’s face last week.

Recall that a few days ago, Tboss in a video cried bitterly because a troll called her daughter ugly. She also laid heavy curses on the troll for the comment about her child.

To prove that her daughter is beautiful, the reality TV star shared new pictures she took with the little girl while dressed in a Renaissance-inspired outfit.

She released the new photos and wrote:

“You are Beautiful.
You are Beyond Special.
But most Importantly You are Loved.
You are my Miracle”.

Coronavirus: Nollywood Actress Eniola Badmus called out for not observing…