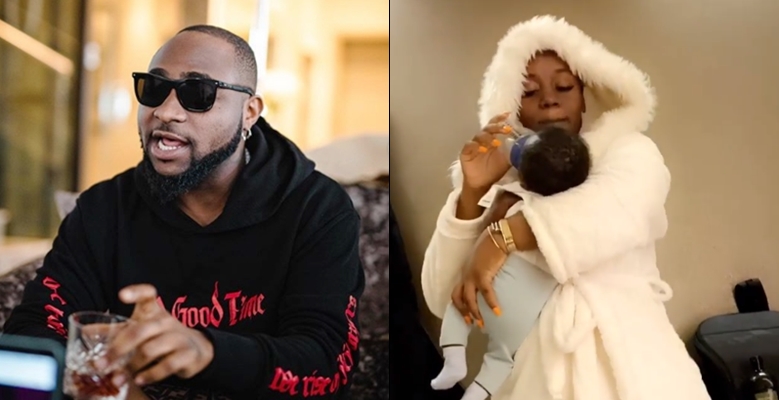 Singer,Davido had surprisingly responded to a Twitter user who told him that in Igbo culture, he could lose his son, Davido Jnr, to any man who marries his fiancee, Chioma if he doesn’t quickly do the needful with her.

This is coming after Davido took to Twitter to advise single men to never sleep with their girlfriends  but rather make the ladies want to sleep with them.

“Are you married? You are still on higher purchase. Till you do the necessary things as Igbo tradition demand. If another man marry your wife at this point you will loose your son to that man. That is our tradition bro.”

And Davido replied: he will die.

Recall that the singer who engaged his Igbo bride, Chioma Avril since last year, is yet to officially tie the knot with her.