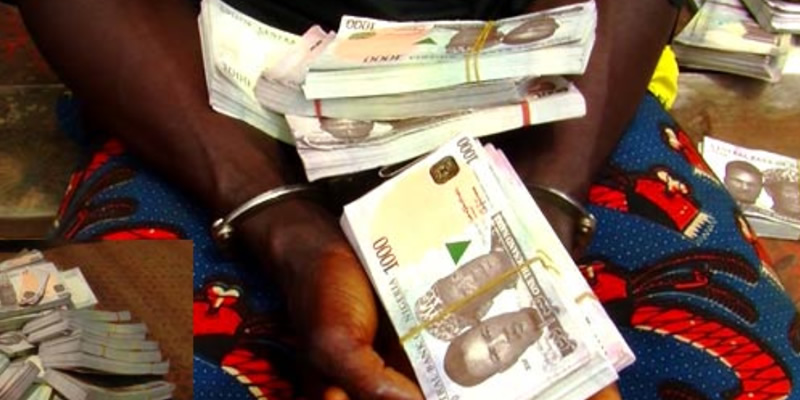 No fewer than four people including a woman have been sentenced to a federal high court in Yola, the capital of Adamawa state on a multiple-count charge of conspiracy and possession of counterfeit bank notes.

The Independent Corrupt Practices and Other Related Offences Commission (ICPC) arraigned the suspects before Justice Abdulazeez Anka who later sentenced them.

He ruled that they will spend 10 years in prison on each of the four counts preferred against them.

A statement by the Spokesperson for ICPC, Mrs. Rasheedat A. Okoduwa (mni), said the convicts were caught at a checkpoint with counterfeit worth N5, 504, 000.

The statement said: “According to ICPC officers who handled the matter, three of the convicts, Hadiza Adamu Bello, a woman, Mohammed Dauda and Bello Salisu had in March 2017, left Kaduna and were joined by the fourth convict, Ali Adamu, from Kano, to meet a native doctor, Hassan Bello, who was a counterfeiter at Wamdeo Uba, Borno State, with the intention to procure about N5 million counterfeit bank notes to exchange for about N1 million genuine bank notes from a Customs officer.

“The deal with the Customs officer did not go through for undisclosed reasons. However, as they made their way back, they were caught at a checkpoint on Girei – Yola Road, with counterfeit N1000 bank notes worth N5, 504, 000 by soldiers on duty and subsequently handed over to ICPC.

“Investigation launched by ICPC operatives led them to the residence of the counterfeiter at Wamdeo Uba, where he was arrested.

A search conducted within the premises revealed more counterfeit N1000 bank notes reading the same serial number to the value of N26, 000.

“At the conclusion of investigations, except for Bello Salisu, who was charged with abetment to commit an offence of possession of counterfeit bank notes, the other four suspects, including the native doctor counterfeiter, were arraigned on a four-count charge of being in possession of counterfeit bank notes which is an offence contrary to Sections 5(1) (b) and 6(2) (b), and punishable under Section 5(1) (c) of the Counterfeit Currency (Special Provisions) Act, cap. C35, LFN 2004.

“All the accused persons were also charged with conspiracy to commit an offence of possession of counterfeit bank notes which is contrary to Section 6(2) (b) and punishable under Section 5 (1) (c) of the Counterfeit Currency (Special Provisions) Act CAP C35, LFN 2004.

“In his ruling, Justice Anka found the accused persons guilty on each of the four counts and sentenced them to a cumulative 40 years imprisonment each, although the sentences will run concurrently.

“However, Hassan Bello, the native doctor counterfeiter, could not be sentenced due to his death shortly before the judgement was delivered, thus his name was struck out.”