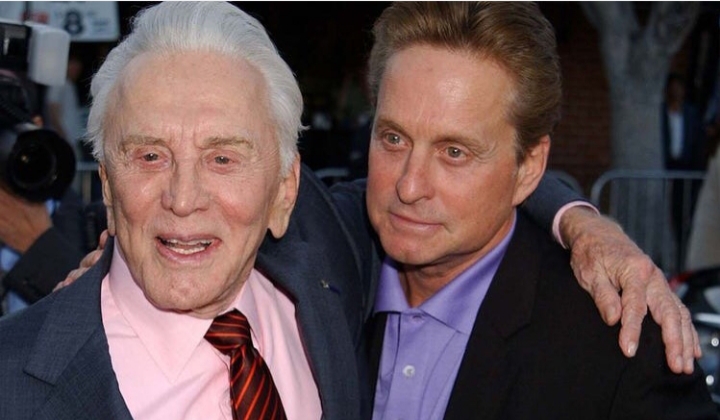 Kirk Douglas hands over his entire £61m fortune to charity, leaves nothing to his son

Popular Hollywood actor, Kirk Douglas has reportedly handed over his entire £61million fortune to charity while his son, Michael Douglas benefited nothing from his fortune.

WITHIN NIGERIA learnt that the renowned Hollywood actor took his last breathe at the age of 103 in his residence and was laid to rest on February 7.

According to the Mirror, Douglas left his entire £61 million fortune to charity and his son, Michael, a Hollywood star who has his own net worth of about $300million was left with nothing.

Mirror further disclosed that some of the beneficiaries include St Lawrence University, the Sinai Temple of Los Angeles, the Kirk Douglas Theatre and the Children’s Hospital Los Angeles.

Kirk is survived by Anne, who is his second wife, and three of his four sons: Michael, Joel, and Peter.