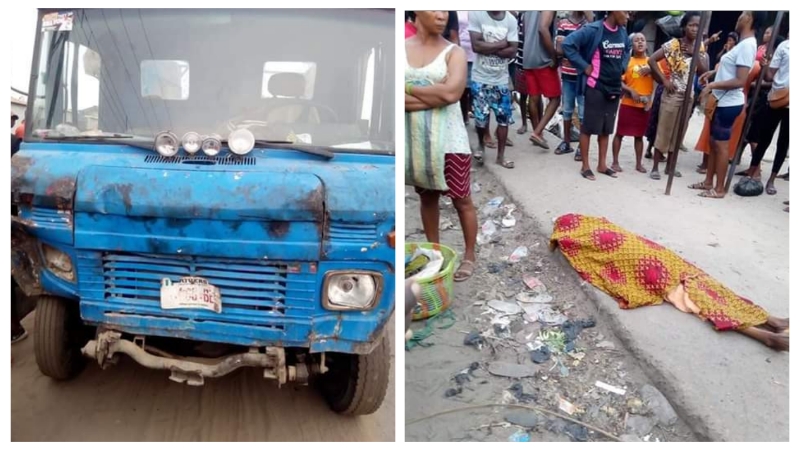 Tragedy as three women were reportedly crushed to death by a hit and run truck driver in the early hours of Wednesday at Oyigbo in Oyigbo Local Government Area of Rivers State.

WITHIN NIGERIA learnt that the tragic incident happened at the popular Ukwube market where hundreds of women converted some part of the road as a makeshift stall to display their wares.

It was also learnt that the incident occurred around 5:30am in the morning when the driver of the truck pulled a reverse gear and rammed its tyres on the victims, killing them on the spot.

According to report, the driver of the vehicle reportedly took to his heels after the incident occurred, abandoning the victims.

Reacting to the tragic incident, the Police Public Relations in the state, DSP Nnamdi Omoni confirmed the incident.

Omoni said the police are on the trail of the driver of the vehicle.

One Ufomba Kingsley, however, said that the truck driver was later caught by angry youths and handed over to the police.