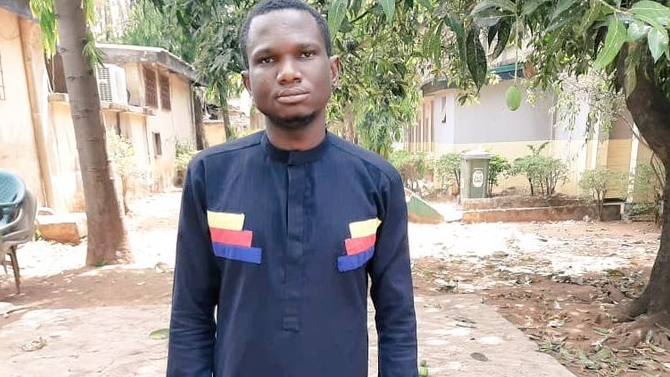 Police in Kaduna state have arrested the proprietor of Liberation College in Trikania, Kaduna for allegedly raping a female pupil of his school.

The suspect identified as Mr. Samuel Ejikeme who is also the proprietor of the school reportedly confessed to raping of a 9-year-old pupil on tape.

Reacting on the incident, the Kaduna State Commissioner of Human Services and Social Development, Hafsat Baba confirmed the incident advised parents to withdraw their wards from the school.

“Parents with wards at Liberation College, behind Govt Model Sch, Trikania are advised to withdraw them from the school. Pic is Mr. Samuel Ejikeme, proprietor of the school, allegedly raped a 9-year old girl. He confessed on tape. We’re yet to establish if there are other victims.

“It is really troubling to hear that administrators and teachers who are supposed to be pillars of support and protection to our wards are turning predatory. Please parents should speak more to their daughters and sons to ease exposure of these beasts in human skin“.

Reacting on the development, the Executive Governor of Kaduna State, Nasir El-Rufai has directed the Kaduna Quality Assurance Authority to immediately withdraw the school’s license & close it down.

THANKS COMMISSIONER: The Kaduna Quality Assurance Authority should immediately withdraw the school’s license & close it down. KASUPDA should look into its development permit and take further action within two weeks. Mr. Ejikeme must be detained & vigorously prosecuted.