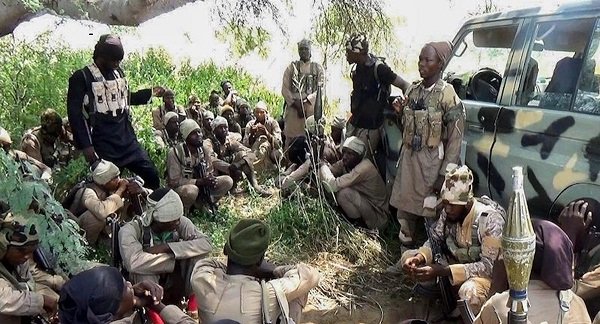 The Air Task Force of the Operation Lafiya Dole and the Artillery Batteries of Sector 3 of the Multi National Joint Task Force have destroyed Islamic State of West African Province (ISWAP) camp in Tumbun Fulani on the fringes of the Lake Chad in Borno State in the ongoing bombardment of identified strongholds of the terror groups.

This was contained in a statement signed by the Acting Director Defence Media Operations, Brigadier General Benard Onyeuko

Onyeuko disclosed that the bombardment of the terrorists’ camp was part of the coordinated joint operations to flush out the insurgents from their stronghold in the Tumbuns Island.

According to the statement, “the Armed Forces of Nigeria, through the Air Task Force of Operation LAFIYA DOLE and Artillery Batteries of Sector 3 of the Multi-National Joint Task Force (MNJTF), has destroyed an Islamic State of West Africa Province (ISWAP) camp at Tumbun Fulani on the fringes of Lake Chad in Northern Borno State.

“This was achieved in combined air and artillery bombardments conducted on 3 April 2020 as part of the coordinated joint offensive by the MNJTF to dislodge and completely rid the Islands (Tumbuns) of Lake Chad of terrorists’ presence and activities”.

It added that, “the operation was executed on the heels of credible intelligence reports indicating that the ISWAP elements, with their structures concealed under the dense vegetation of the area, used the settlement as a base from where they plan and launch attacks.

“Accordingly, the joint interdiction mission was launched with a Nigerian Air Force (NAF) Intelligence, Surveillance and Reconnaissance (ISR) aircraft coordinating the barrage of artillery and air fire towards designated targets in the settlement, destroying them and neutralizing some of the ISWAP fighters in the process.”

The statement continued that, “in a related development, the Air Task Force has continued to provide airlift support to troops of participating MNJTF national contingents, along with their logistics. NAF ISR platforms and helicopters are also providing aerial command posts for enhanced coordination of close air support missions as well as fire control support for independent ground artillery bombardment of terrorists’ positions.

“The Armed Forces of Nigeria, in furtherance of the objective of restoring peace and security in the North East, will sustain the offensive against the enemies of our Nation.”