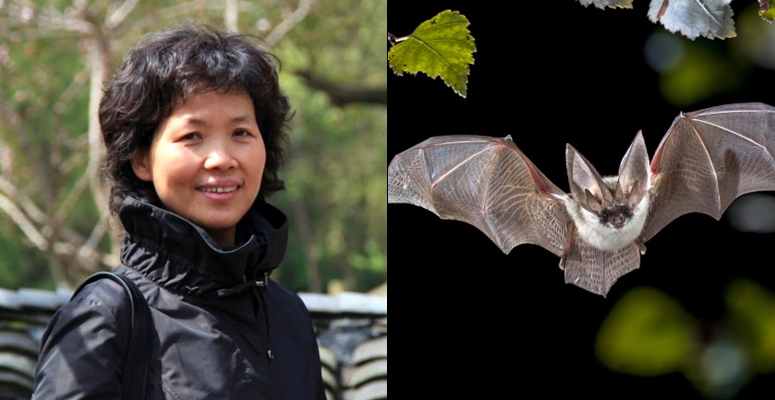 Zhengli, one of the world’s most renowned experts on coronaviruses,who has been a virologits for 16 years  has a chilling warning for the future.

The Chinese virologist who came to international prominence as “bat woman” during the 2019–20 coronavirus pandemic, for her work on bat viruses, has discovered dozens of deadly SARS-like viruses in bat caves and after studying samples taken from some of the first people to become infected with the new and then-mysterious respiratory illness in China in December she found it was similar to SARS.

It was identified as a novel coronavirus and within three days she completed its gene sequencing, finding that it was 96 per cent identical to a virus found in horseshoe bats in Yunnan, a process which can take months if not years.

The genetic code is now being used around the globe in a race against time to find a cure and vaccine for the deadly virus.

Though she had initially feared that the outbreak might have been caused due to a leak from her lab, the fears were cleared after it emerged that the virus had likely had several previous, small, outbreaks before emerging in Wuhan at one of the city’s controversial wildlife markets.

Animals are sold, slaughtered and skinned, as customers browse the stalls in the markets, which have now been closed in the wake of the coronavirus pandemic.

Almost two months after the first cases of the virus emerged in Wuhan, China permanently banned wildlife consumption and trade.

And with so much experience working with the creatures, Zhengli believes the world needs to be on high alert for another coronavirus pandemic caused by bats.

During her work on SARS, her team discovered the antibodies produced by people with SARS in three species of horseshoe bats.

They also found that the virus could spread to those who weren’t directly handling the animals. People living in a nearby village had seen bats flying around. Six people had suffered from symptoms similar to SARS.

And as humans increasingly encroach on areas that have previously been the domain of the natural world, Zhengli fears the risk of infections spreading also go up.

This coupled with the movement of wildlife and livestock around the world, along with increased long-haul travel, creates conditions perfect for the potential spread of a pandemic

Last year Zhengli and her team published a study warning of the potential of a bat-borne pandemic. Little did they know just 12 months later their doomsday predictions would come true.

Bats are believed to have responsible for six outbreaks of coronaviruses, including the Covid-19 pandemic, but experts insist problems only occur when people come into contact with the creatures themselves.

She describes the Wuhan outbreak as a “wake-up call” for the world and work is now taking place around the globe to find a way to prevent another pandemic.