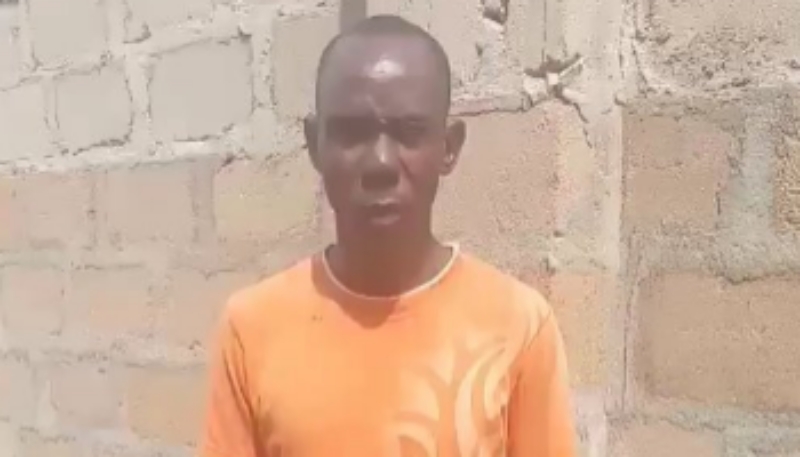 A Nigerian pastor has accused officials of the Nigeria Drug Law Enforcement Agency, NDLEA of wrongfully detaining his wife and baby.

This was disclosed in a video shared by Activist Harrison Gwamnishu.

Inside the video, the pastor who resides in Ubuluku, Delta state said he had a clash with one of his neighbor who according to him, sells “Indian hemp”.

The pastor said he warned the neighbor against selling the banned substance close to his own side of the compound but his warning didn’t go don well as his neighbour got angry and used a cutlass to chase him around.

According to the clergyman, he immediately reported the matter to the police who were unable to arrest his neighbour because he ran away.

The pastor claimed he got a call from the said neighbour, vowing to deal with him. He said he was shocked when he received a call that his wife and their two months old baby have been arrested and detained by NDLEA officials in Ogwashi-Ukwu, a town in Delta state.

He appealed to Nigerians and the state government to come to his aid so that justice can prevail and for the NDLEA officials to release his wife and baby.