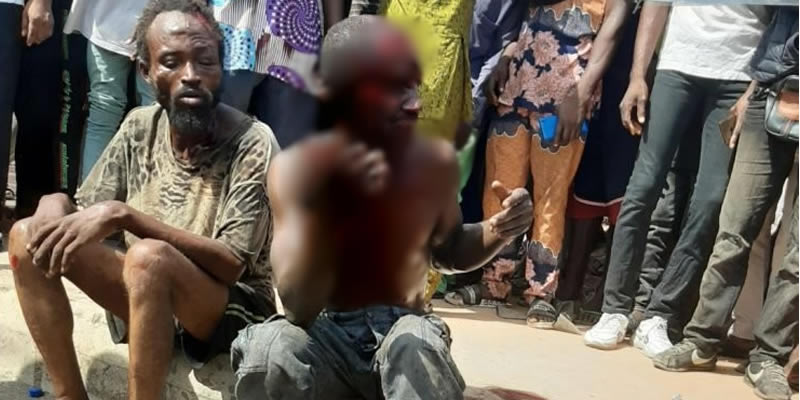 There was pandemonium in Shogunle and Ladipo area of Agege Motor Road in Lagos state on Monday afternoon April 20 following the arrest of six suspected ritualists.

The suspected ritualists reportedly specialised in abducting passersby along the road.

These ritualists were nabbed after a failed attempt to abduct a street sweeper.

According to report, the cry for help from the street sweeper attracted residents of the area and area boys who came to her rescue.

The area boys in the locality gave a hot chase to one of the suspected ritualists on sighting them and was eventually apprehended.

Five other suspected ritualists were apprehended and brought out. The timely intervention of the police prevented them from being lynched.