”Pray for Kano”, State Ministry of Health says as it investigates claims of mysterious deaths

After alleged mysterious deaths in Kano state which has reportedly risen to 640 in one week, Kano state Ministry of Health has called for prayers.

On Sunday morning, April 26, the Ministry via its Twitter handle, disclosed that it is currently investigating the reported rise in the number of deaths in the state and would soon address it.

This was made known while responding to a lady who asked what the Ministry is doing to address the numerous claims of multiple deaths in the state.

The Ministry says what is expected from everyone at this time, is prayers for the state. 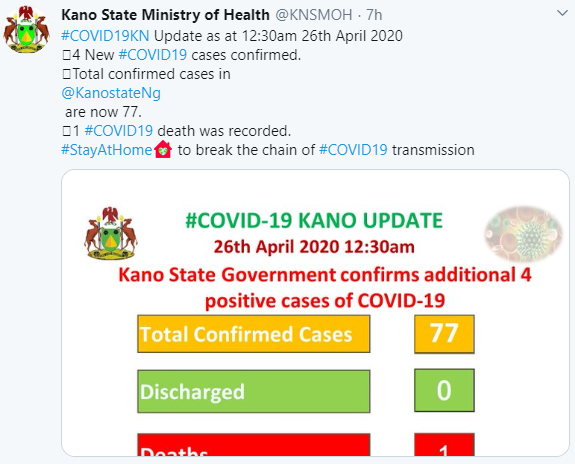 However, Nigerians have taken to social media to express worry over alleged mysterious deaths.Some linked the killing to Coronavirus while many others countered it and also pointed out that it may be something else.

Speaking to newsmen, a health worker said there is a high level of suspicion that top government officials in the state have been exposed to the virus.