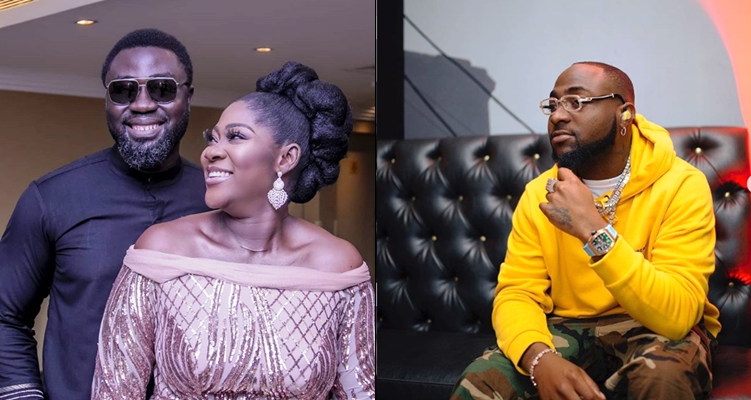 Looks like there is a silent war between popular Nigerian singer, Davido and the Okojies.

Singer, Davido took to the comment session of Eniola Badmus, to shade seasoned actress,Mercy Johnson and her husband, Prince Okojie, after the rumoured birth of their baby went viral.

Recall that actress, Eniola Badmus had joined the rest of her colleagues to congratulate Mercy Johnson on the supposed arrival of her 4th baby, which the actress’ husband later debunked.

Davido reacting to the birth said;

When a concerned fan asked the reason for such a spiteful comment, he replied, ‘nothing just evil set of people that’s all..” 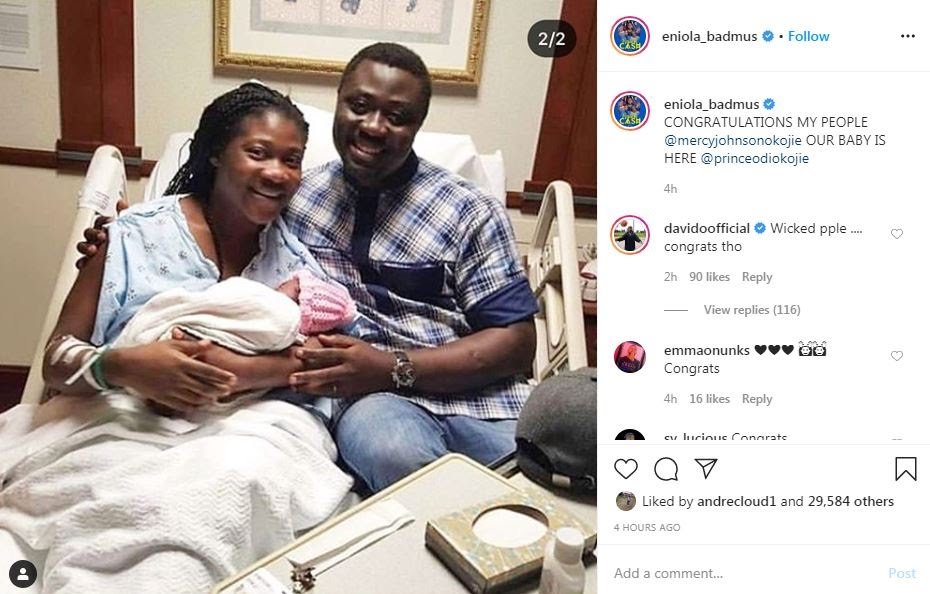 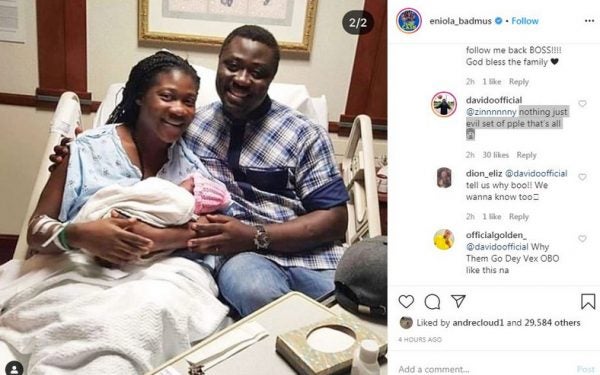 Some months ago, Davido was involved in a law suit with the couple after failing to perform at the unveiling of the Okojie’s luxury hotel, Henod Luxury Hotels in Abulegba, Lagos.

Unfortunately, the 27 year old musician who on his Instagram page announced that he will be present at the grand launch failed to show up.

However the whole arrangement which appeared to have been sealed turned to a disappointment.

Davido refused to show up and all efforts to speak to his management team proved abortive.