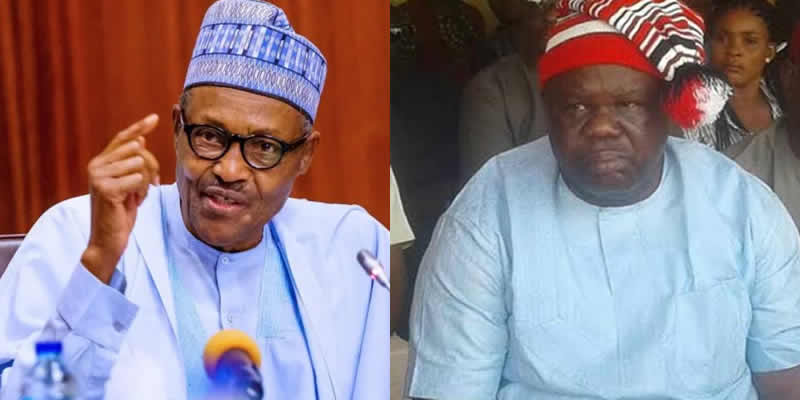 Presidency nominates Tobias Chukwuemeka for appointment 1 month after his death

President Muhammadu Buhari, on Tuesday, allegedly nominated a deceased person, former lawmaker from Ebonyi State, Tobias Chukwuemeka Okwuru, into the board of the Federal Character Commission.

The appointment nomination of the late Okwuru alongside 37 others was contained in a letter Buhari sent to the Nigerian Senate for confirmation.

The president in the letter to Lawan, requested for Okwuru’s confirmation by the Senate as a board member of the Federal Character Commission (FCC).

However, according to reports, the appointee died on February 27, 2020. Also known as Aliezza, Okwuuru was a former member of the House of Representatives from 2011 to 2015.

During his lifetime, he served as state auditor of Peoples Democratic Party, Chief Whip of Ebonyi State House of Assembly, before moving to represent his constituency at the National Assembly.

In December 2017, Buhari included no fewer than eight deceased persons in a list of new appointments into the governing boards of agencies and parastatals.