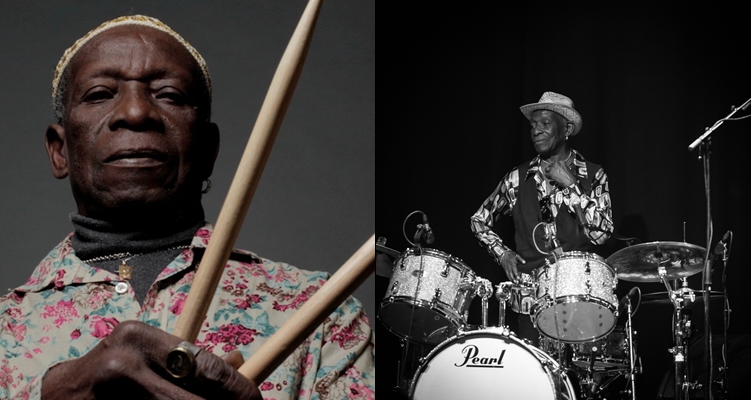 Allen who was a member of Fela Anikulapo Kuti’s band, Africa 70, has died at the age of 73.

According to reports, Tony Allen died in Paris, France, on Thursday, April 30. His manager Eric Trosset told newsmen that Allen’s death had been sudden but not believed to be linked to coronavirus.

“We don’t know the exact cause of death. He was in great shape, it was quite sudden. I spoke to him at 1:00 pm (1100 GMT), then two hours later he was sick and taken to Pompidou hospital where he died.”

Allen was the drummer behind the syncopated drumming that breathed rhythmic life into Fela Kuti’s Afrobeat genre blend of big band jazz, funk and traditional African music formats.
He was born in Lagos in 1940 and was regarded as one of the founders of Afrobeat, and was a drummer, composer and also a songwriter for Afrobeat legend, Fela Anikulapo Kuti.

Fela once stated that, “Without Tony Allen, there would be no Afrobeat.”

In 2017, Fela’s son, Femi Kuti said to Rolling Stone: “There was no band like the Africa 70 and there is no drummer like Tony Allen.”

Allen’s career and life story have been documented in his 2013 autobiography Tony Allen: Master Drummer of Afrobeat, co-written with author/musician Michael E. Veal, who previously wrote a comprehensive biography of Fela Kuti.