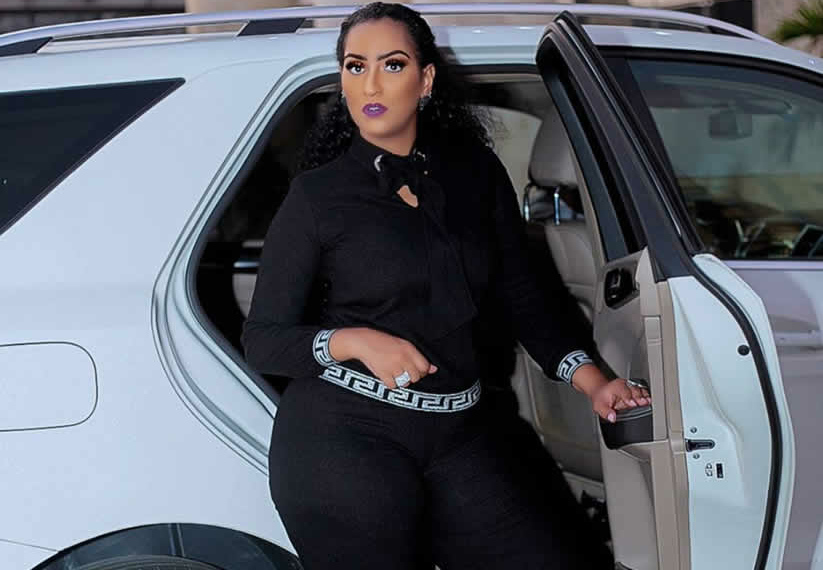 Ghanaian actress and film producer, Juliet Ibrahim took to Instagram to brag about her natural beauty. The screen goddess stated that she was not wearing makeup in the picture and she still looked beautiful.

The 34 year old also mentioned that she is having gray hair already.

In her words “My Gray came out to play… ❤️
By the way ladies and gentlemen; I am wearing no makeup and this is my natural glow up while at home. I’m glad I have been on this journey long enough to share the secret to my beautiful skin glow with you all.” 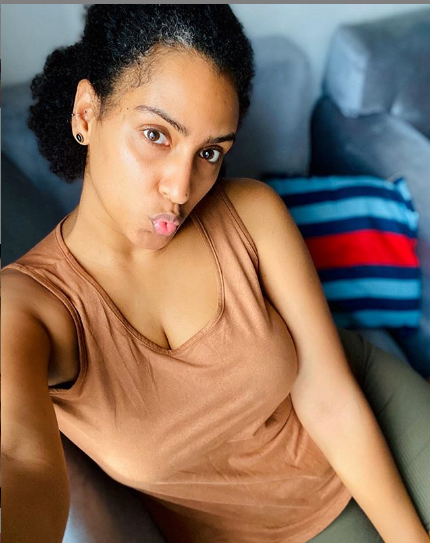 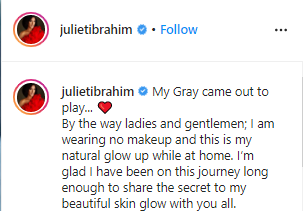 Juliet Ibrahim made her first acting debut in the 2005 film ‘Crime to Christ’ starring Majid Michel. Her first Nollywood film was Yankee Boys and she has features in more than 50 films afterward. In 2014 she produced her first film Number One Fan, where she stars as an actress being stalked on by a fan in the film.