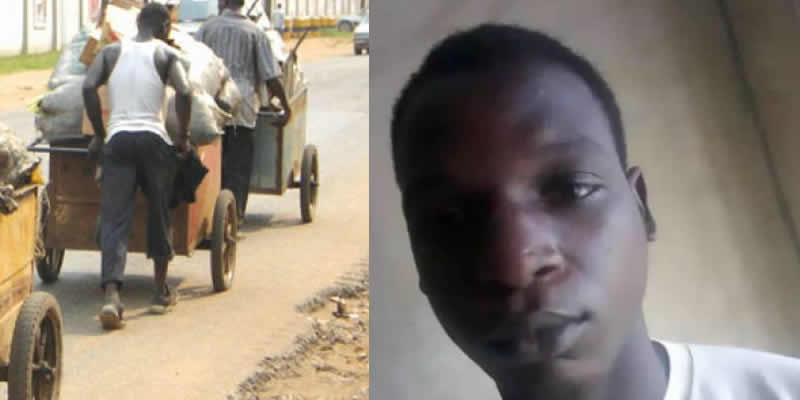 We do dirty jobs, but we are very rich — ‘Aboki’ opens up

A Hausa man (popularly known as ABOKI in western Nigeria) named Lawal Yaya, who hails from Sokoto state and has lived in his homeland for years before migrating to the rural part of Lagos in order to earn a living has opened up on how doing dirty jobs in Lagos made him a millionaire.

Lawal who has lived in Lagos for over 15 years claims he now controls millions as a result of his achievement in Lagos from jobs many the Yoruba people cannot do.

In the western part of Nigeria, the Hausa’s do jobs menial that include disposing dirt for residents, buying condemned items, picking tins and irons on the street for resale, selling noodles at bus stops and more.

These types of jobs mentioned above are mostly regarded by the Yoruba’s as ‘dirty jobs’.

In a Chat with Opera News’ Pablosmot.13, Lawal opined that no typical Yoruba man will allow his son or relative do the work or jobs earlier mentioned. Many even view it as jobs that fits the Hausa caliber. He further mentioned that Hausa men makes a lot of money from these jobs regarded as mere, ordinary and dirty jobs.

Narrating how he became successful, Lawal said he was a disposer of dirt for the first five years he spent in Yoruba land.

He recalled he usually dispose dirt for residents at the range of hundred naira to seven hundred naira which varies in respect of the quantity of the dirt to be disposed. Therefore, it was easier for him to make  four thousand naira daily.

“While there are many of the Yoruba people finding it hard to have a three square meal in a day, there is a man from another tribe making four thousand naira daily” He said

With the improvement of the environment agency in Lagos State, Yaya had to step up his game by buying another mini-truck to start picking tins/irons on the street. He said he would pick a lot of irons/tins on the streets and then buy some more at cheap rate and then sell them off at huge prices.

He also talked about how dirty he looks when doing his daily routing of picking irons on the street, but he is consoled by the fact that he earns a living from it.

Lawal Yaya then concluded that if the Yoruba people can also think of uncommon and weird businesses with higher profits, the will become millionaires like him.