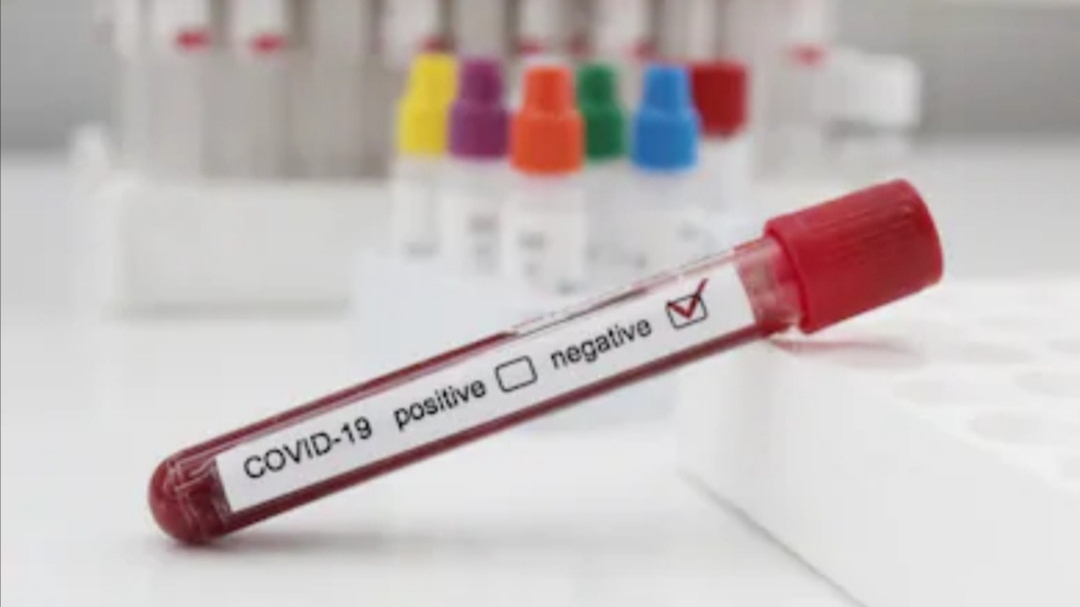 Two more Coronavirus patients have been discharged by the Edo State Government after recovering from the disease.

This was disclosed by the executive Governor of Edo state, Godwin Obaseki on Twitter.

Obaseki disclosed that the patients were discharged after testing negative twice for the virus.

According to the Governor, this brings the total number of patients successfully managed and discharged from the state’s isolation centres to 12.

My dear Edo people, We’ve just discharged 2 more #COVID19 patients after they tested negative twice for the virus. This brings the number of patients managed and discharged from our isolation centres to 12. We seek your support as we intensify efforts to contain the pandemic. 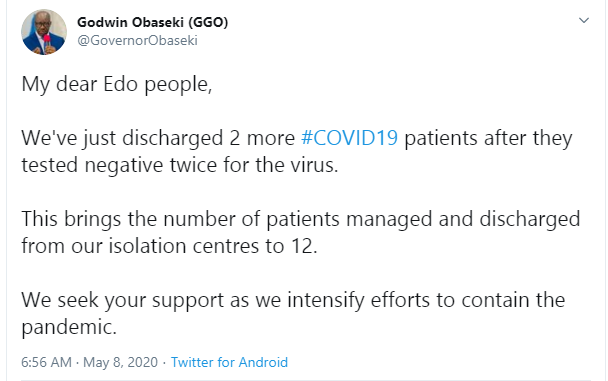 In a related story, WITHIN NIGERIA reported that the Edo Commissioner for Health, Patrick Okundia, on Wednesday confirmed the death of another COVID-19 patient in the state bringing the number of deaths from the disease in the state into two.

Okundia, who confirmed the death of the patient to newsmen in Benin, described it as unfortunate.