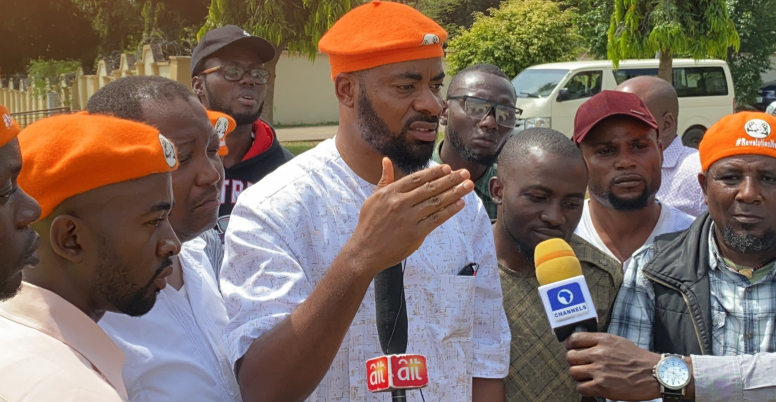 In 1984, Gregory Johnson, a US citizen burned an American flag during a protest outside the Republican Party’s national convention and he was arrested and charged with violating a state law.

But to the surprise of many, Johnson argued that he had not done anything illegal but was only expressing himself and that his action was an expressive activity which is protected by the First Amendment.

When the case came up at the Supreme Court, one of the judges agreed with him but four members of the Court argued that his actions were forms of anti-patriotism, and therefore punishable and unprotected by the First Amendment.

Justice William Rehnquist in his own opinion asserted that the American flag is a visible symbol for the country and therefore should be preserved arguing further that burning the flag expressed disapproval and anti-patriotism for the nation’s policy, and was therefore a symbolic desecration of the U.S. in its entirety.

Over the years, we have had cases of people  like Johnson who have done much to hurt their countries but would argue that their actions were either protected by law or meant to serve the general good.

They fail to differentiate between mawkish pursuits for self interest and what is for the good of the nation. They don’t know when to draw the line between where their interests lie and where it conflicts with national good as they are too far gone in their hatred for symbols of authority to look back.

Deji Adeyanju as Number One terrorist in Nigeria

They are like the ones the Bible predicted in John 16: 2, that, “the time is coming when anyone who kills you will think they are offering a service to God.”

In their case, they render harm to the unity and collective well being of the nation while pretending they are fired by democratic and patriotic fervour.

It is for these set of people that the word ‘anti-patriotism’ was coined. This, as opposed to patriotism, is the wilful act of conflicting  with what is in the best interest of a nation. And  the dictionary puts it,  “stems from the belief that patriotism is wrong.”

In Nigeria, we have had so many of these anti-patriotic elements.

The easily recognisable ones are those that have openly defied the state and taken up arms against it like the Boko Haram and ISWAP groups.

But there are other subtle groups or individuals who hide their anti-patriotic traits under the cloak of self delusional acts of defiance and protests to hoodwink the populace into believing they are driven by the fine points of patriotism and concealing their desperation by opposing anything that does not serve their personal interests; and this is the category that Deji Adeyanju falls under .

Adeyanju, who is the Convener of a group, Concerned Nigerians, erroneously being referred to as pro-democracy group when there’s nothing democratic about it,  oscilates in prevarication and deceit without fully comprehending the implication of his action to the well being of Nigeria.

He belongs to the school of thought that believes that once your political camp is defeated in an election, you automatically become morbidly cantakerous by metamorphosing into a rabid opposition figure who must oppose every policy or action of government whether good or bad.

One would have understood if this is restricted to occasional rants,  but most times in the bid to get public attention, these sort of ‘activists’ resorts to lies.

Adeyanju claimed this year for instance that not a single Boko Haram suspect has been put on trial.

This is deliberate to paint the current administration which has done so much to bring the insurgency in some parts of the country to an end as having sympathy for the terrorists.

But the  most casual scrutiny would expose Adeyanju’s perfidy and lack of respect for truth as the current government has arraigned thousands suspected of Boko Haram links and had succeed in convicting and jailing many of them.

When his claims on Boko Haram did not impress even the most gullible, Adeyanju abandoned that track and launched unto his main object of hatred, President Muhammadu Buhari.

The pretender could  not sustain his diversion for long and had to expose his mission.

President Buhari’s only sin is that he defeated Adeyanju’s sponsors in an open and transparent election.

He has been on the President with issues ranging from the puerile to the ridiculous. When the President was sick, a malady which every mortal succumbs to at one time or the other, Adeyanju was unrelenting, making it look like the President had committed a crime.

When the President recovered and returned and citizens in happiness were celebrating, Adeyanju became angry saying there’s no reason to celebrate.

He along with Bohemian musician, Charly Boy, were stopped by patriotic Nigerians during one of their unfortunate protests at Wuse Market, Abuja.

When he couldn’t make any capital out of the sickness that took the president out of the country, Adeyanju is now claiming that President Muhammadu Buhari is failing in his duties by refusing to come out since the outbreak of the Convid 19 pandemic, saying the president is afraid of contracting the virus.

Unfortunate as this claim would appear, Adeyanju thinks it is strong enough reason foe him to  call on the President to resign.

Hear what is supposed to be the sound bite,  “The President needs to show leadership. Every day we watch the American President, Donald Trump, addressing Americans and meeting with his cabinet on efforts being made to curtail the virus from spreading. This lackadaisical attitude of addressing Nigerians every two-week by President Muhammadu Buhari in such a time like this is totally unacceptable.”

When the President came out and addressed the nation on the issue, Adeyanju was at his wits end.

When the governors resolved for a two-week inter-state lockdown in efforts to curtail the spread of COVID-19 in Nigeria, Adeyanju said it was sad that the governors decided to take up the role of the President.

He said, “Currently, there is a leadership vacuum in Nigeria and it’s so sad that it’s the Governors who are now rising to the occasion.”

He on another occasion via his Twitter handle, described the President on account of his age as an ancestor and blamed Nigerians for voting ‘an ancestor’ as President.

This is the same man who never fails to admire Trump who is also in his 70s and has never described his sponsor who ran against Buhari for the presidency even though his sponsor is only wee years away from 70 as an ancestor.

It is clear that the likes of Adeyanju are only driven by selfish interests and will never see anything good in the goverment so long as their hench men are not in power.

They do not seem to have been listening when the Bible in Hebrews 13:17 enjoined us to

“Obey your leaders and submit to them, for they are keeping watch over your souls, as those who will have to give an account. Let them do this with joy and not with groaning, for that would be of no advantage to you.”

To the tribe in which Adeyanju belongs, anything that does not serve their personal interest must be crushed.

But for how long are we going to allow these charlatans to take us on this path of perfidy?

Dallah is the Director of Communications and Publicity, Citizens Against Fake Activists (CAFA), wrote in from Lafia, Nasarawa State