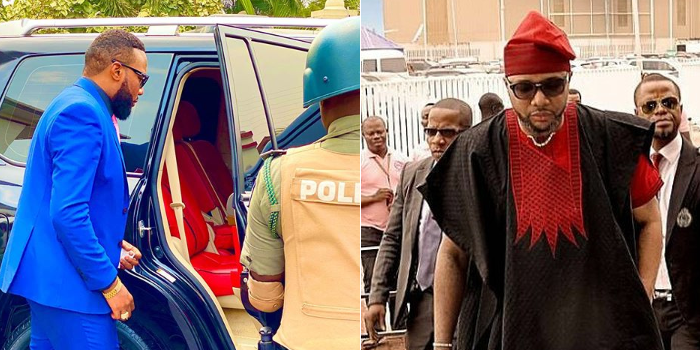 WITHIN NIGERIA recalls that the Inspector-General of Police, Mohammed Adamu had ordered the immediate withdrawal of the police escorts attached to the Chairman of Five Star Group.

The flamboyant music executive was subsequently questioned for about six hours by the Inspector-General of Police, Monitoring Department.

“E-Money visited the Force HQ annexe today and met with police detectives and was grilled for about six hours. He came along with two others and responded to many questions. Somebody took his bail and he was allowed to leave and return on Wednesday for more questioning,” a police source as told The Punch.

In a swift turn, the Inspector-General of Police, Mohammed Adamu, ordered his probe over his flamboyant lifestyle and flagrant abuse of police escorts attached to him.

E-money is the brother of Nigerian musician, Kingsley Okonkwo, aka K-Cee, who welcomed a baby with his wife Tuesday.