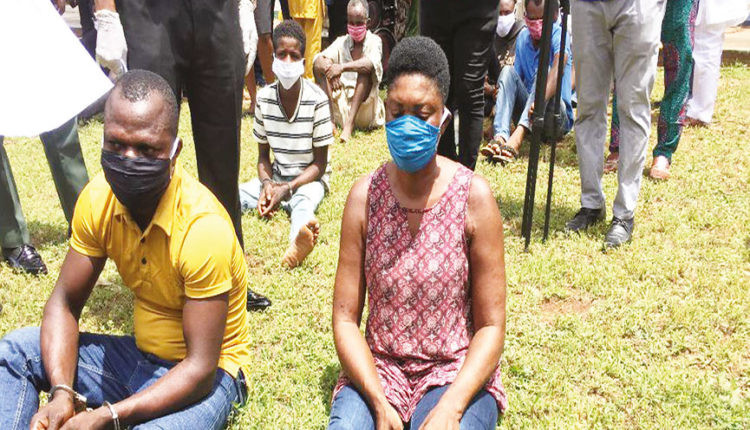 Men of Delta State Police Command have arrested a bus driver for being in possession of 3,000 cartridges and a woman transporting marijuana and cocaine in Delta.

The suspects were paraded by the state’s Commissioner of Police, Hafiz Inuwa before newsmen on Wednesday May 13.

He said the 44-year-old driver identified as Felix Ade, was ar­rested along Asaba express­way.

According to the police commissioner, Ade who is from Ondo state claimed he was given the boxes to deliver in Edo State.

“I am a driver, I do not know about the con­tent of the bag until the po­lice searched it. It was given to me as a waybill and I was told it was padlock that was in the box.”

36-year-old Kate Obi who was nabbed with tons of marijuana and cocaine said she was not aware that dealing in such drugs is a crime in the country. She said she was given the parcel by her boss to deliver to a client in Anam­bra State.