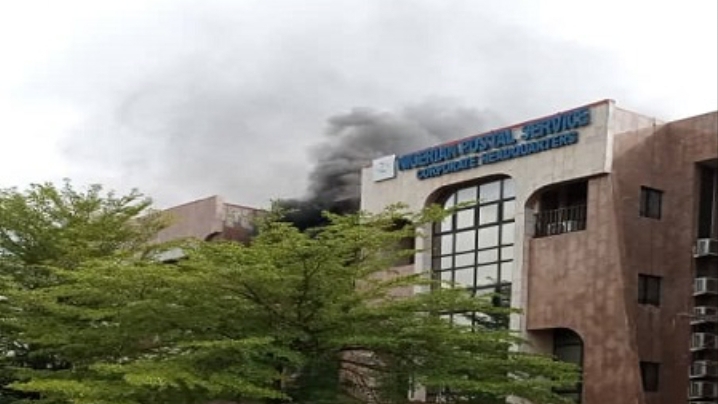 The headquarters of Nigerian Postal Service was reportedly hit by an early morning fire on Wednesday, 20th May.

According to report, personnels of the Federal Capital territory fire service were on hand to contain the fire which had attracted a large crowd at the busy Area 10, Garki in Abuja.

Efforts by newsmen to get information from officials of the service, on what led to the incident, were abortive.

A security officer who pleaded anonymity told newsmen that the fire started at about 8:40 a.m.

An eyewitness, Mr Adamu Bala, said he drew the attention of the security officers guarding the building when he saw smoke coming from the back of the building.

In a related story, WITHIN NIGERIA reported that fire has reportedly engulfed the media centre of the Independent National Electoral Commission in Abuja on Friday morning.

As at the time of filling this report, the cause of the fire is still unknown.