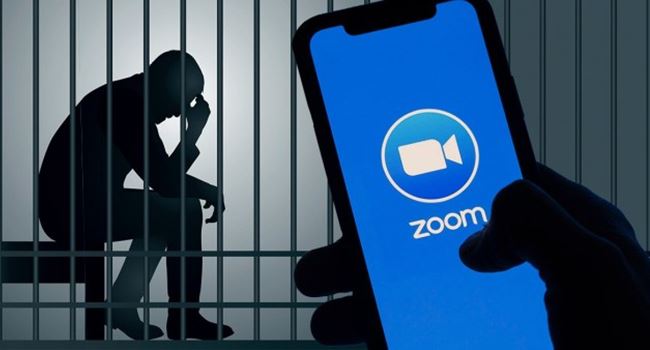 Man Sentenced To Death Via Zoom Call In Singapore

A man has been sentenced to death via a Zoom video call in Singapore, as the country remains on lockdown due to the Coronavirus Pandemic.

Punithan Genasan, 37, received the sentence on Friday for his role in a drug deal that took place in 2011.

Human rights groups argued that pursuing the death penalty at a time when the world is dealing with a pandemic was “abhorrent”.

However, Genesan’s lawyer Fernando said he did not object to the use of video-conferencing for the call because it was only to receive the judge’s verdict with no further legal arguments to be heard.

The vast majority of court hearings in Singapore have been adjourned until at least 1 June, when the city’s current lockdown period is due to end.

However; cases considered as essential are being held remotely.

Singapore has a zero-tolerance policy for illegal drugs. In 2013, 18 people were executed – the highest figure in at least two decades, according to Amnesty International.

Meanwhile, something similar happened in Lagos, Nigeria on May 6 as a judge issued a death penalty ruling also by using the zoom video chat app.

The judge; Mojisola Dada sentenced Olalekan Hameed to death by hanging for the murder of his employer’s mother.