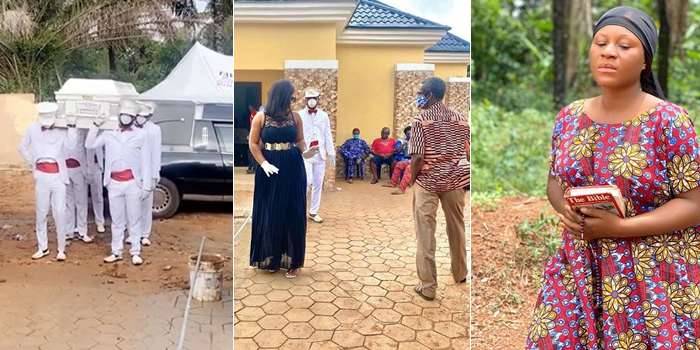 Nollywood actress, Destiny Etiko, has announced that the body of her father has arrived in Enugu for burial.

The curvy actress shared a video showing the moment her father’s corpse arrived at their compound.

Her father’s corpse arrived the compound amid tears and wailing from people around the vicinity.

The heartbroken lady in her tribute message recounted how close she was to him. She described him as a loving man who supported her when she expressed interest in starting her acting career.

Etiko who also expressed her pain about his death, stated that her heart can never be mended, as her father who loved her more than anything in the world left with a part of her soul.

Destiny announced the death of her father on May 15.

“Am so pained. Am so broken. Am devastated. It’s as if my life is shattered. The world is wicked o. I still can’t believe that the man who gave me life is gone. Daddy, u have always loved and supported me when I told u wat I wanted to take up as a carrier…,” she wrote on Instagram.

Watch the moment her father’s corpse arrived home below;