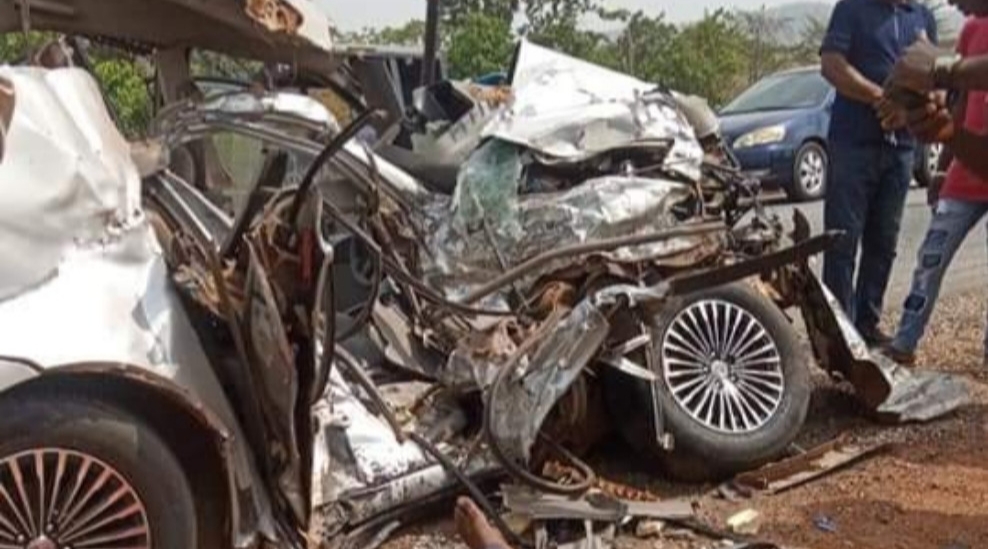 Truck crushes two to death, injures one in Ogun

Tragedy hits Ogun community as a truck reportedly crushed two people to death and injured one at Sango.

WITHIN NIGERIA learnt that the tragic incident happened on Saturday afternoon when a truck head on collision with another truck at Sango.

According to The Nation report, the accident occurred at the Sango Tollgate corridor of the Lagos -Abeokuta express way involving a containerized truck marked AAA448XJ, Dangote truck marked GN 7248-16 and a tanker with registration number KSF991XF.

The containerized truck had a brake failure and in bids to avoid crashing vehicles on its track, veered into the lane of outbound Lagos traffic and in the process collided head on with a Dangote truck and one other.

Reacting to the incident, the Public Relations Officer of the Ogun State Traffic Compliance and Enforcement Corps (TRACE), Babatunde Akinbiyi confirmed the accident.

The PRO said the injured was rescued to the Ota state hospital while the remains of the dead were taken to Ifo mortuary – all in Ogun State.