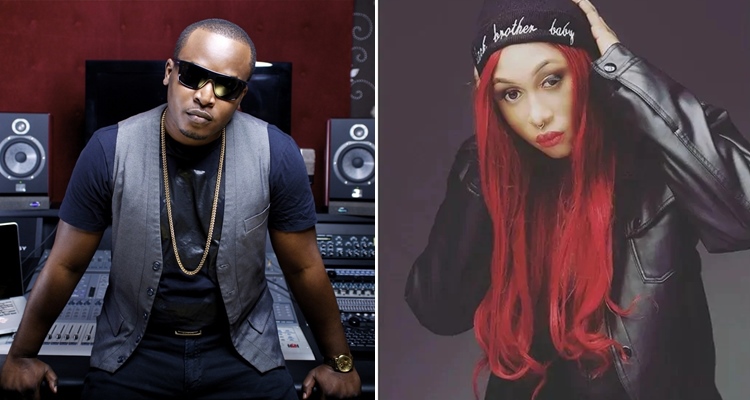 After the dispute that ensued between Cynthia Morgan and her former record label boss, Jude Okoye, Nigerian rapper, Eldee has also reacted to the situation between advising singers not to complain about contracts they signed willingly.

Over the weekend,Within Nigeria reported that Cynthia Morgan in a Instagram live video, with Ex Miss Globe Nigeria, CASSANDRA, revealed why she disappeared from the music scene despite becoming a household name.

Cynthia also revealed that she lost the right to use her name for any other business venture or music and does not own rights to the music she produced while still under Northside Inc, losing virtually everything. She also said she had been ill for over 6 months and battled depression over the years. She said she would love to return as a solo act, and not under a record label, citing her past experience.

Reacting, Eldee, who joined the social conversation centered on Jude and Cynthia, said people cannot sign contracts and then turn around to complain of being cheated. The veteran rapper stated that if a company offers one a bad deal, it should not be signed and that if the person goes ahead to sign such a contract, it must be honored.

According to him, not honoring a contract is dangerous to growth in any ecosystem.

“Don’t willingly sign a contract & then turn around a while later to complain about how you’re being “cheated”.

If the terms are no longer favorable, renegotiate, but remember that your partner also reserves the right to accept the new terms.

You can’t sign a financial agreement and expect to change the terms halfway into the deal, unless that option/clause exists in the agreement to begin with.

This idea that it is ok or permissible not to honor contracts/agreements that were made simply because you now feel different or feel more valuable to the partnership is dangerous to any ecosystem that seeks growth.

How can an investor trust an industry that doesn’t honor simple contracts? Why do you think it’s so difficult to attract investment in so called unstable regions? Do you realize that this is one of the primary reasons that a region/system may be classified as “unstable”?

It’s really easy to get carried away with emotions, emotions that are based mostly on he said she said. We are doing more harm than good to the industry whenever we support rhetorics that suggest unfairness, especially when the agreements were made under no form of duress.

If a company offers you a shit deal, DO NOT sign it. Once you decide to sign it, you have to honor it. Not doing so hurts everybody in the system.

If you’re not sure what the terms and clauses mean, GET A LAWYER who can interpret the terms. If considered favorable at the time of signing, know that it is binding once you do sign. There’s no turning back.

In conclusion, know that every time we get on the internet and tell the rest of the world that We believe it is okay not to honor contracts, we are hurting ourselves and our economy.

I know investors and potential partners that can give us the leverage we seek for the growth we deserve in various sectors, and they’re constantly watching us, especially in these moments. Our influencers and thought leaders need to learn to play this game better.”