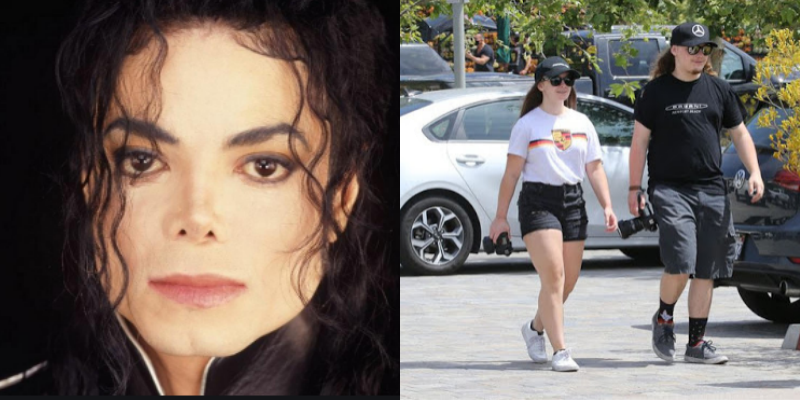 Late music star, Michael Jackson ‘s rarely seen son Prince Jackson was seen out and about with his girlfriend this week.

Prince let his long mane of hair flow in the wind as he went for a walk, armed with his camera.

Prince, 23, who shies away from public life more than his sister Paris, 22, looked casual in grey shorts and trainers, a black T-shirt, and a black cap with a Mercedes-Benz logo on it.

Hiding behind a pair of sunglasses and held on to an expensive-looking camera, letting his long brunette hair hang loose down his back.

Prince, whose real name is Michael Joseph Jackson Jr, walked alongside his girlfriend, who carried her own camera.

She was dressed for the hot weather too, in a pair of denim shorts, white trainers and a matching white T-shirt.

Skiibii, Davido, Ehi and other celebrities who bought mansions during…

She also kept the sun at bay with some shades and a black cap. She sweetly clung to his arm as they headed to their photoshoot destination on Monday.