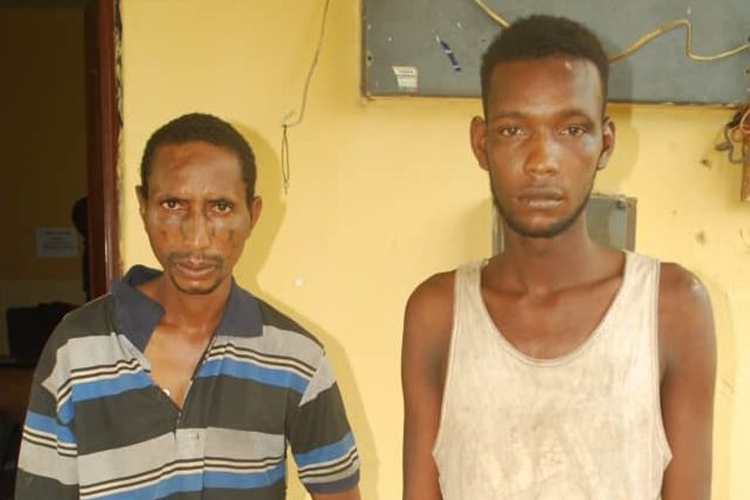 I became a kidnapper because my efforts to break out of poverty failed, Suspect

Sani Jibrin, a kidnap suspect, who has been in the kidnap business for three years, reveals the reasons he engaged in the crime.

Describing his situation as unfortunate, Jibrin claimed he joined crime after all his efforts to break out of poverty failed.

“Things are really tough this time around. I have nothing to fall back to hence I joined the kidnapping business in my area for over three years but police operatives apprehended me in the act,” adding,

“I have done everything within my reach to break the shackles of poverty so that I will start to live a normal life but it did not work out for me. It is unfortunate.”

More than 1m Nigerians applied for N-POWER in less than 48 hours, FG…

The duo – Jibrin and one Sani Mohammed Kindi, 27 – had attacked Kpada community and kidnapped three women. They were also alleged to have left two others fatally wounded and four others with minor gunshot injuries.

Following a tip-off, a team of the Niger State Police Command’s Operation Puff-Adder and local vigilance group members trailed them to Lapai where they were arrested.

The police operatives were also said to have rushed the wounded to the General Hospital Gulu for treatment.

He said the three victims were rescued and investigations were ongoing.