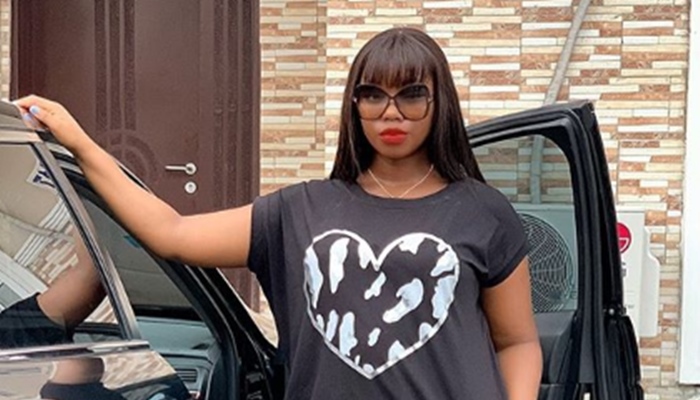 After several rumors of being attacked, reality TV star,  Bambam has debunked rumors of domestic violence in her marriage to husband Teddy A.

The recent mother of one was the subject of discussion earlier today as fans react to a new photo she uploaded on her Instagram page. Many of them believe that Bam Bam was trying to conceal a black eye and meted domestic violence allegations against her husband.

The beauty entrepreneur in reaction to the allegations has shared a new make up photos of herself to quell all rumours.

Check them out below

Last December, Bambam took to social media to debunk claims that she has been suffering domestic violence at the hands of her husband and fellow ex-housemate Teddy A.

She said: “I usually would not come out publicly to address rumours, but this is not just a rumour or random news, but a deliberate attempt at defaming my family’s character and my husband’s reputation.

“How do you joke with something as sensitive as domestic violence? To what end? We’re newlyweds for God’s sake.