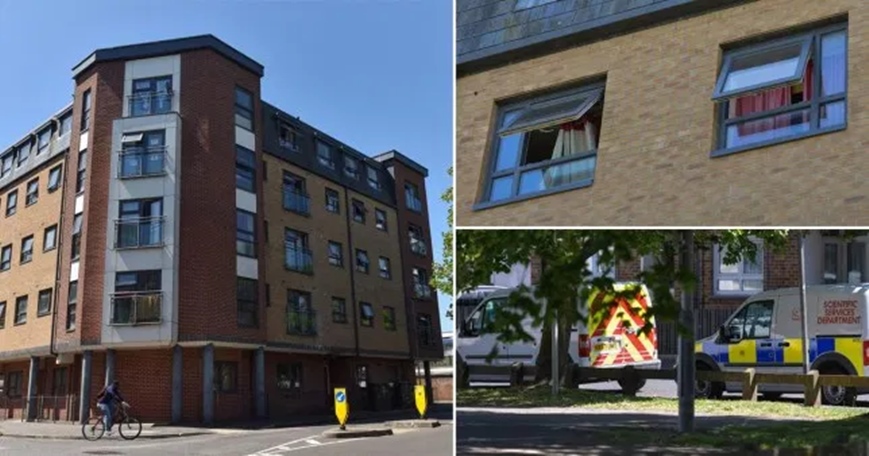 A man and a woman have been arrested after a two-year-old girl fell 40ft from her bedroom window.

The toddler who was left plunging from the third floor of a block of flats in Portsmouth and is now in a serious condition as she has been left fighting for her life.

A man, 29, and woman, 26 are being questioned in custody after being detained, reports The Sun.

Horrified neighbours said they heard a ‘massive thud’ at the block of flats at around 6pm on Thursday night.

One witness said a metal box on the street below the girl’s window broke her fall and believes the toddler ‘would have died’ if she hadn’t landed on it.

The toddler had to be airlifted to the hospital. Hampshire Constabulary had said it was investigating the incident, and yesterday described her injuries as ‘life-threatening’.

Police said their enquiries were ongoing. A spokesperson said: ‘The girl is currently being treated at Southampton General Hospital where her condition is now described as serious but stable.

‘We can confirm that a 29-year-old man and a 26-year-old woman, both from Portsmouth, have been arrested on suspicion of neglect of a child to cause unnecessary suffering/injury.’