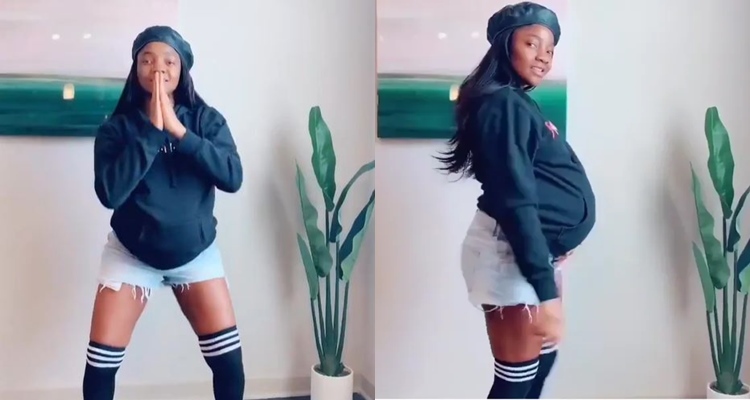 Earlier this week, viral popular blogger, SDK revealed that Simisola Ogunleye popularly known as Simi and Adekunle Gold who are currently in the US welcomed their baby many weeks ago in the US.

Many of their fans rushed to their social media handles to congratulate and celebrate seasoned singer, who had announced that she was expecting her first child through her latest single titled, ‘Duduke’.

But when newsmen reached out to a close source to the couple who preferred anonymity, the source confirmed that Simi was currently abroad with her husband and mother but had not put to bed.

The source, while thanking fans for the congratulatory messages, noted that the couple would announce the birth of their child when it happens.

“Simi is still pregnant but she will give birth any time from now. We are expecting the news at any moment. Her family is with her abroad. She was there before the release of ‘Duduke’ video. Right now, she has slowed down with some of her works but she has not given birth. Whenever Simi puts to bed, everybody would know,” the source said.

The couple has always kept part of their private life out of the social media space. Their 2019 wedding was a private affair which was attended by only close family and friends who didn’t share photos or videos of the couple or the wedding ceremony on social media.

Fans, however, caught a glimpse of the wedding when the couple released a music video that captured some of the joyful moments.