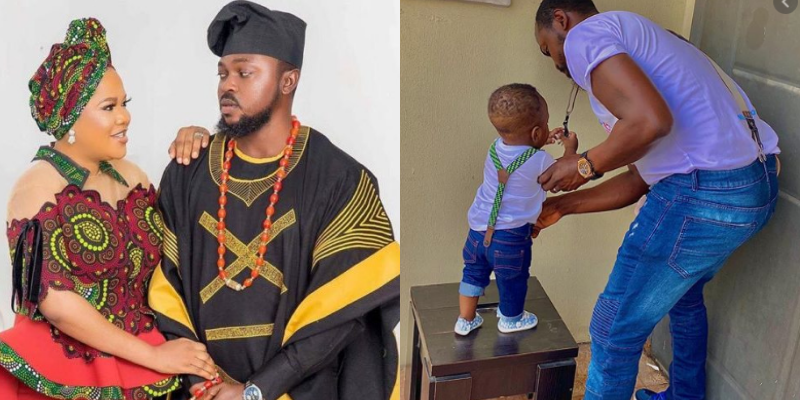 Nollywood actress, Toyin Abraham is no doubt a household name. The Script interpreter and mother of one is also everyone’s favorite.

Although not her first marriage, Toyin is happily married to her heart throb, Kolawole Ajeyemi.

An actress whose brand has continued to grow exponentially and who has earned the unofficial status of ‘box office queen’ having delivered two back-to-back box office successes, Toyin was born in Auchi, Edo State but was raised in Ibadan, Oyo State.

A product of the Ibadan Polytechnic where she studied Marketing, Toyin started out as an actress in 2003 and she has since then featured in and has produced several movies in Yoruba and English language including ‘Okafor’s Law’, ‘Love is in the Hair’, ‘ Alani Baba Labake’, ‘Black Val’, ‘Ebi Mi Ni’, ‘Alakada’, ‘Sola Fe Pami’, ‘Esohe’ and ‘Wives on Strike.’

Within Nigeria brings to you, Five times Toyin Abraham and her husband melted our hearts with their photo.

Look into my eyes, do you see love?

The Owanbe isn’t complete without us…

This love is unbreakable….