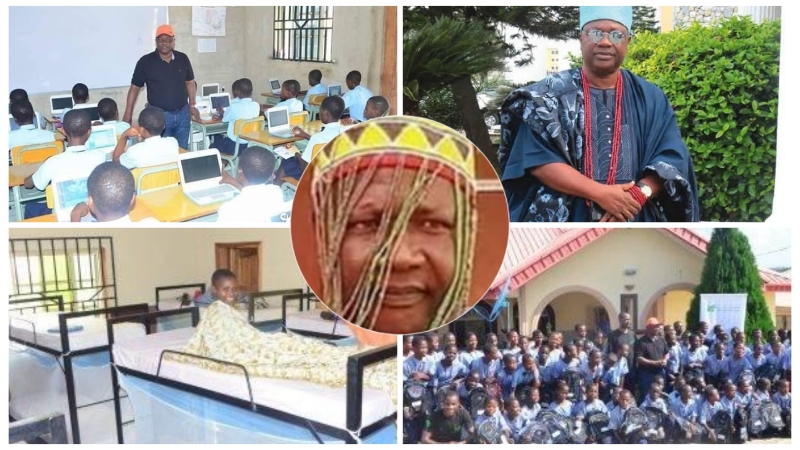 Some years ago, I visited a friend of great thought whose major interest in life is to leave the world as a better place.

I have always pondered on why he does some things at times such as giving scholarships to orphans, providing capital funds to support businesses and many other acts of philanthropy but it seems his love for humanity is pure.

He is young, wealthy, energetic, well connected yet he will always agitates for the rights of the poor especially demanding for what he has already provided for himself just to make life easier for the poor.

During my visit, I saw a large crowd at his residence probably waiting for financial assistance. I sat in a chair graciously waiting for my friend to step out of his comfort zones yet I was concerned about his safety and how he would escape this crowd of visibly hungry people who have relied solely on him as a result of government failure.

In my world of thoughts, my friend stepped out and distributed money as usual yet some local hunters did not allow him to leave peacefully. They told him that there’s a feast.

Feast? He humbly asked. Those hunters started chanting in Ijala voices while onlookers watch the dancing steps. Barely one minute after the dance, five hunters marched forward like “local boys scouts”, formed a line, adjusted their local dane guns and shot sporadically into the air. I counted it, they shot into the air five times. They all chorused “Iye”.

We love the chants, dance and the whole act but why did they shoot into the air? The leader of the hunters said, “it is a feat of honor and appreciation which is seldomly performed to thank individuals who submit themselves to alleviate the sufferings of the poor”. What a great feat!

I came across a particular story while surfing the internet. A story of how a traditional ruler in Osun state reportedly built a private school in his community where students pay no dime to learn, unlearn and relearn. No tuition fees, free meals, free laptops, free uniforms, free accommodation and tutors are well paid by the same traditional ruler who also teaches in the school. It all started in 2014 and as at last count, there are 135 students in this ‘free school’. This story rekindles my respect for traditional stools and re-affirms my position that silent achievers do not make noise. The name of the traditional ruler is Oba Abolarin Adedokun, the ORANGUN OF OKE-ILA.

Life is a coin of two sides. A very difficult puzzle for people who strive to understand it. The more you move closer to it, the less you see. I have always appealed to traditional rulers to generate meaningful developmental ideas and seek the support of friends, illustrious sons and daughters to push these ideas so as to alleviate the sufferings of the downtrodden. Unfortunately, politicians now sit on the thrones. Custodians of traditions and culture are now custodians of white elephant projects. Kings now lobby for contracts, forcefully take over subjects wives, hijack lands from the people meant to be served, dine with looters, pose with ‘borrowed’ exotic cars on social media and sometimes allegedly ‘roll-up’ weeds; you can only attend ancestral meetings with red eye, a friend posited.

I am proud to note that Oba Abolarin Adedokun is repainting the tainted image of the royals by exemplifying that royalty is not a means of exploitation, accumulation of mass wealth, unnecessary flamboyancy and extortion. Kabiyesi has shown the entire world that traditional rulers can make necessary changes in their communities without being ‘handbags’ of politicians. They can make life easier for their people if they control their greed and focus on the essence of thrones. If you gather fifty kings and ask them to choose between renovated palace, town halls or schools, majority if not all would happily choose renovated palace at the expense of new schools. That is the sad configuration of the proposed system we expected to bring development.

Monarchs should also take the batons of responsibility by contributing to the growth of our society. They should start building public toilets, commissioning boreholes, launching of schools, raising of funds to support small scale business, scholarships among others. If they do not have financial strength to make these things happen, they can mobilise illustrious sons and daughters of their communities.

While some monarchs exchange blows over land matters in the presence of authorities and others hijack lands to sell for private purpose, another king refuses to be carried away by the fantasies of the throne, focusing on ways to assist government in educating the masses its neglect.

As we take note of each action to be rewarded by God and nemesis, let us call on the five hunters to do the historic parade and let us repeat the five historic bullets to a great king of purpose and affection.