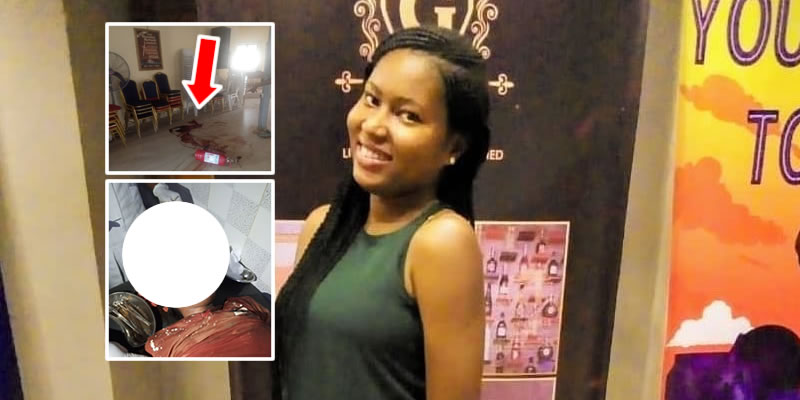 In a new shocking development following the death of Uwa Omozuwa who was raped and murdered, last week, sister to the deceased has in a new interview with newsmen revealed the shocking demand the police requested from her family before they can bring justice for Uwa’s death.

Uwa’s sister who was in tears while revealing her family’s ordeal with the police debunked some claims the police made.

She said the policemen said Uwa’s father refused to visit the police station when actually, her father consistently visited them so they can investigate the death of his daughter.

She expressed her disappointment with the Nigerian police after debunking claims that her sisters incident took place on May 17.

Furthermore, she revealed that the police had asked for “mobility money” to carry out the investigation of Uwa’s death.

As is evident from the video currently making the rounds, she said all these in the presence of other police officers.

Another voice in the background also chipped in that the police had asked Uwa’s father ‘if his daughter is the first rape victim ever’.

Her statements have fuelled the anger of Nigerians who have been protesting the death online.

Apparently, Nigerians are displeased with the Nigerian police and have been dragging them online.

This is the video of Uwa’s sister talking about the police and their reaction to her sister’s death. pic.twitter.com/Lo5dgqGAKJ