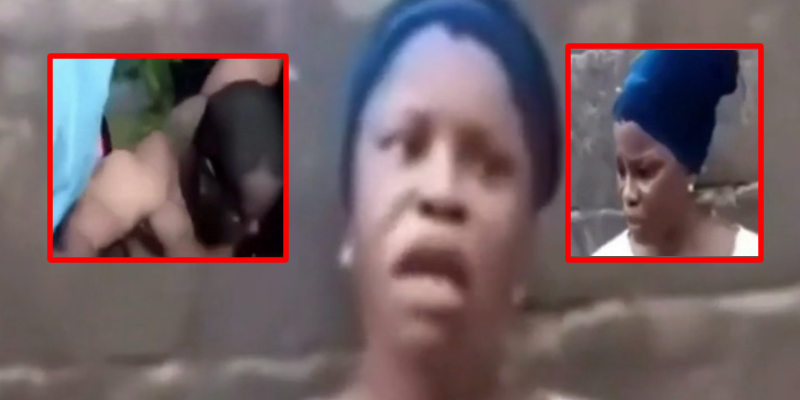 VIDEO: Married man collapses after sleeping with another man’s wife in Lagos

Drama as a yet-to-be identified married man reportedly fainted after sex with his married lover in Lagos.

WITHIN NIGERIA learnt that the woman confessed that she is married after she was interrogated by some residents of the area where the disgraceful incident happened.

The woman added that she regrets hooking up with the man.

WITHIN NIGERIA learnt that the middle-aged woman lives around Mutatiri in Cele, Lagos.

She recounted how she lied to her child that she was going to buy something before leaving her house as she blamed herself continuously.

The elderly man was subsequently rushed to the hospital on a bike.

In a related story, WITHIN NIGERIA reported that the noisome ambience reeked of marijuana and cigarettes as our correspondent walked down Ipodo Street on Tuesday evening.

Sitting on the outskirts of Allen, Ikeja, Lagos, the busy street is one of the few places with a semblance of bustling life characteristic of Nigeria’s economic capital since the state went into lockdown about three weeks ago.