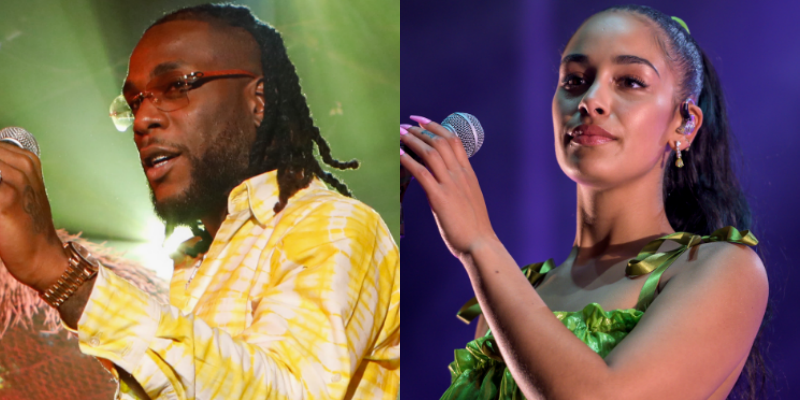 Burna Boy and Jorja Smith’s song, ‘Be honest’ gets certified Platinum in France

His hit track with British singer, Jorja Smith has been certified platinum in France.

This is coming afte “Bella” by MHD featuring Wizkid was certified Platinum in France earlier this year.

The hit track “Be Honest” was released in 2019 by British singer, Jorja Smith which featured Burna Boy. The song immediately became a fan favorite and received millions of streams upon its release.

The track has now been awarded a platinum certification for selling more 200,000 units in France.

In France, according to the National Syndicate of Phonographic Publishing (SNEP), for a track to be certified Platinum, it must have sold 100,000 units.

Burna Boy now joins Wizkid as the only Nigerian artiste to have a song certified platinum or higher in France.

Damini Ebunoluwa Ogulu (born 2 July 1991), known professionally as Burna Boy, is a Nigerian singer and songwriter.  He rose to prominence in 2012 after releasing “Like to Party”, the lead single from his debut studio album L.I.F.E (2013).

In 2017, Burna Boy signed with Bad Habit/Atlantic Records in the United States and Warner Music Group internationally. His third studio album Outside marked his major-label debut.

In 2019, he won Best International Act at the 2019 BET Awards, and was announced as an Apple Music Up Next artist. His fourth studio album African Giant was released in July 2019; it won Album of the Year at the 2019 All Africa Music Awards and was nominated for Best World Music Album at the 62nd Annual Grammy Awards.