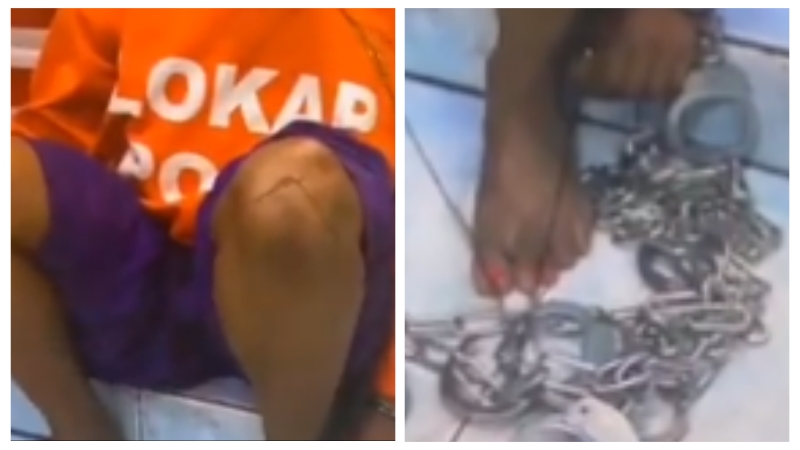 A Nigerian lady simply identified as ‘Nicole’ has been reportedly arrested by the Malaysian police after she filed a complaint against 5 Chinese men who gang-raped her and the police allegedly took bribe from the Chinese men.

According to report, one of the chinese men showed interest in the Nigerian lady identified simply as “Nicole” and they met at Changkat in Kuala Lumpur, before he allegedly took her to one of his father’s hotel in the city.

The Nigerian lady who unknowingly followed the Chinese man to the hotel was not aware that he had plans to rape him along with his friends.

The Nigerian lady was reportedly beaten and taken to another location where the Chinese nationals called in their friends who gang-raped her without protection after reaching the hotel.

It was also learnt that naked photos and videos of the lady were taken by the Chinese men who threatened to release it if she exposes them.

Nicole shouted for help and she was rescued after which she filed a complaint leading to the arrest of the five Chinese men.

The Chinese nationals were however released after the main suspect’s father reportedly mounted pressure on the police.

The Nigerian lady was subsequently arrested and has been held for days in police custody for not having legal document.

She will be arraigned today at a Jalan Duta Court, where it is expected the Judge will rule in favour of her deportation.

While the Nigerian High Commission official attention has been drawn to the case, it was alleged that the move to deport the Nigerian lady is to cover-up the alleged injustice she was subjected to.